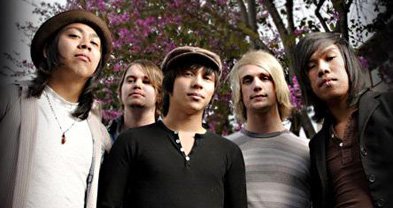 RIYL: Underoath, Of Hearts and Shadows

Originally called No Way Out, My American Heart wrote their debut album when most of the members were merely 16. Following the band’s well-regarded first album, The Meaning in Makeup (which the group originally self-released as a self-titled debut), the group recorded Hiding Inside the Horrible Weather. Frontman Larry Soliman’s lyrics became noticeably more refined, spinning with clever turns of phrase and poetically-inclined verses, yet another gleaming facet of evident growth.

“We actually took our time to write this record,” says Soliman. “It was a lot of fun creating this record and expressing ourselves and actually growing as musicians together. Just figuring out what we’re capable of. It was definitely a huge step up from the last record.”

In 2007, with their MySpace page sporting over 100,000 friends and four million song plays of their music, the band was signed to Warcon Records.