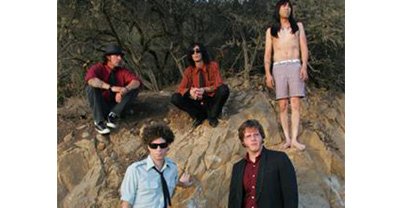 Influences: The Kinks, Chocolate Watch Band, the Yardbirds, the Gravedigger V, the Tell-Tale Hearts, the Fuzztones, the Mystery Machine, the Seeds, the Troggs

That December, the band recorded their first mini-LP, Emerge an eight-track recorded over a mere two days. The Morlocks recorded the album with a set of smashed instruments destroyed at a show in San Francisco two days earlier by the band the Tell-Tale Hearts, who agreed to lend the band the instruments for the recording session. The album was produced by Jordan Tarlow, aka Nadroj Wolrat, who would go on to join the Fuzztones. Midnight Records released Emerge in 1984.

The band relocated from San Diego to San Francisco where they released a second LP, this time for Epitaph Records. Submerged Alive featured a performance the band had recorded in Berkeley in 1986. While the album was apparently recorded live, the LP contained clear studio-manipulations of audience noise, prompting some to label it a "fake" live album.

Easy Listening For The Underachiever was recorded over four days in a home studio.

Just prior to a show at the Fillmore in support of the Cult, bassist Jeff Lucas quit the band. The rest of the band held out long enough to record a handful of tracks under the production of Ron Rimsite before the entire group disbanded. The tracks recorded with Rimsite were eventually released posthumously.

Four years after the band's breakup, a live LP from Croatia called Wake Me when I'm Dead was released. This was followed in 1997 by an officially released live CD provided by guitarist Ted Friedman called Uglier than You'll Ever Be, the band's final release.

In 1999 Spin magazine printed an article which claimed that lead singer Leighton Koizumi had died; this turned out to be untrue, and in fact, by this time Koizumi had reformed the Morlocks and was touring Los Angeles.

The newly formed Morlocks included Koizumi on vocals, Bobby Bones on guitar & backup vocals, Lenny Pops on guitar, Nick the Canadian on bass, and Marky on drums. In addition to reuniting, the band was also touring newly written songs, with Koizumi commenting on a possible live album to be released at some time in the future.

Ted Friedman recalls for the Reader, “We didn’t feel too ‘legendary’ at the time…We played in the basement of Greenwich Village West, on Fifth in the Gaslamp. The rescue mission was right across the street at the time. The basement was brick with dirt floors. Sounded great down there but the dirt got all over everything. Everyone had brown snot coming out their noses by the time they came up for air.”

As of 2010, Ted Friedman has been performing on the local open mic circuit, often found on Monday’s playing at Lestat’s and on Wednesdays at Twiggs (where he also helps run the soundboard). Also in 2010, singer/bassist Tom Ward moved back to San Diego, after many years in NYC, making possible a reunion performance at the Tower Bar on August 13, 2010.

In summer 2011, the reunited band spent two weeks touring China, after which they began raising money via Kickstarter donations to record a new album.

Easy Listening For The Underachiever was re-released on CD in 2007 by Olde Haat Records. Easy Listening was re-released again in 2012 by Go Down Records in CD digipack with a Morlocks interview and some bonus tracks, with the vinyl version available in a limited edition of 500 copies printed in blood-red.

Late 2018 saw the release of their first album in eight years this week, Bring on the Mesmeric Condition, released via Berlin-based Hound Gawd Records. Leighton Koizumi, who had moved to Germany, was backed on the album by fellow former Gravedigger Marcello Salis on guitar and vocals, as well as two Fuzztones members, bassist-guitarist Oliver Pilsner and drummer Rob Louwers. Guest keyboardist Jim Diamond (White Stripes, the Sonics) also mixed and mastered.