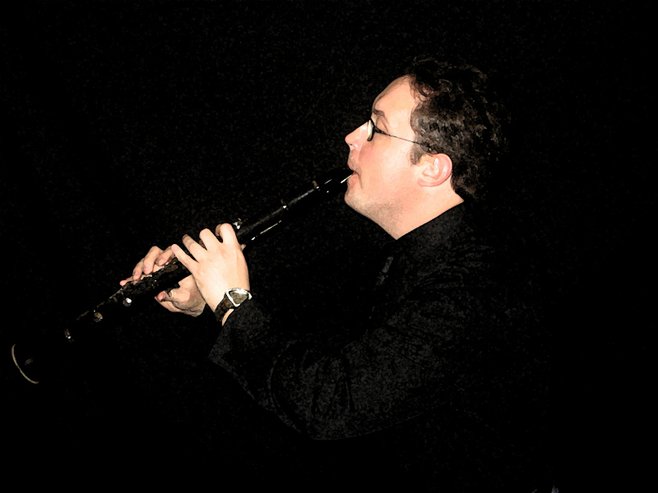 Originally a self-taught jazz clarinetist, Dr. Joseph D. Howell now performs, composes, and teaches music of many styles and instruments. He has earned three college degrees in jazz/clarinet performance: a BM from CSU Northridge, an MM from San Diego State University, and a DMA from the New England Conservatory of Music.

Currently residing in San Diego for the second time, Howell continues to pursue a threefold career in college teaching, performing, and composing.

He has performed or studied with Jerry Bergonzi, George Garzone, Don Byron, Uri Caine, Rick Helzer, Allan Chase, and others. Often described as a virtuoso clarinetist with a unique musical personality, Howell combines a love for the vast capabilities of the clarinet as a contemporary instrument with a love for musical color and a passion for continually learning and evolving.

His album Jazz Clarinet Now was released in 2008.

The Joseph Howell Jazz Quartet includes bassist Harley Magsino, who plays with a thick, full sound and a "stutter-step" walk reminiscent of the late great Jimmy Garrison. On keyboards is Kris Korsgaden, with Isaac Crow completing the ensemble on drums. In concert, the group is sometimes accompanied by violist Karen Hopkin.