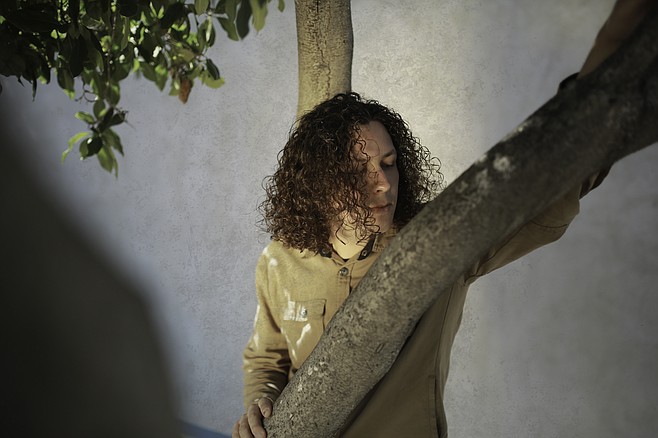 Jordan Krimston is a vet of bands like Pandemonium (all teenagers involved with the local School of Rock when the band was formed in 2010), Lua (formed from the ranks of the School of Rock), Big Bad Buffalo (whose 2012 debut self-titled three-song EP was released while Krimston was still in high school), Band Argument (an analog-digital hybrid), Weatherbox, and Miss New Buddha.

His debut solo EP Turn the Page was released in September 2019. "These were songs that I wrote when I was going through a period where my mentality was changing a lot. My perspectives on art and music were shifting. In a way, this is like a journal of it. It’s my first solo release, but I had lots of help from my very talented friends. Andrew Wilson and Ben Kaunitz helped me engineer and produce the EP, and Jake Kelsoe helped me mix it. Also, there are some features on it that I am very excited about including a guitar solo by Joey Harris [Beat Farmers], Wurlitzer by Jackson Mansfield [the Obsessives] and backup vocals by Jordan Cantor [Somme], Benjamin Kaunitz, and Coby Haynes [the Obsessives]."

The EP was a digital release, "but I’ll be distributing physical copies where a download code is placed within a zine. The zine features several artists’ abstract interpretations of songs on the EP, along with some additional art and thoughts. The cover art was made by my friend D’niel Trudeau who plays in one of my favorite bands called Pregnant. I’ve been a huge fan of all of his artistic output for awhile now, so it was very sweet to get him to design the EP cover, along with some additional art in the zine. The title Turn the Page frames themes and topics covered in the EP."

Due the first week of September, "The EP is self-released, but in conjunction with J.U.I.C.E., a new cosmic artistic force based out of Philadelphia that has helped me with the EP every step of the way. I’m playing a handful of shows on the east coast September 19-21, and then doing a full west coast tour in October, details to be announced."