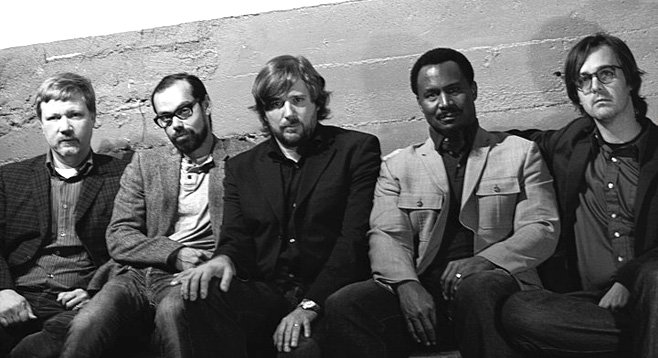 The group came after a successful earlier collaboration of Denson and DJ Greyboy on the Greyboy albums Home Cooking and Freestylin’, featuring Greyboy spinning tracks over the band's instrumentals. Specializing in acid jazz and '60s/'70s soul jazz, Denson has described the Greyboy Allstars as a boogaloo band.

In 1995, the Greyboy Allstars released their first album, West Coast Boogaloo, featuring support from James Brown trombonist and bandleader Fred Wesley, who has also worked with Count Basie and Parliament-Funkadelic, and has arranged for everyone from Ray Charles to Van Morrison.

Two years later, the GBA released their second studio album, A Town Called Earth, in addition to both Robert Walter and Karl Denson issuing solo albums. On both of these solo releases, Walter and Denson were backed by the remaining members of the GBA. Walter's album, titled Spirit of ’70, had additional support from Gary Bartz on alto sax, and Denson's The D Stands for Diesel featured vocalist Andy Bey.

The band also has a concert album, Live in 1999. They were dormant for awhile, but began touring again, with most of the original members including DJ Greyboy. Drummer Zak Najor had been replaced by Aaron Redfield (who replaces Eric Kalb).

The band released What Happened to Television? on April 17, 2007, their first album in eight years. Drummer Zak Najor played on the studio recording, but did not go on the subsequent tour. He was replaced by former Deep Banana Blackout drummer Eric Kalb.

On December 30, 2011, 68 year-old trombonist Fred Wesley (Count Basie, Parliament-Funkadelic, Ray Charles, Van Morrison) performed again with the Greyboys, with whom he recorded their debut album West Coast Boogaloo in 1995, at the Belly Up Tavern.

They played the 2012 Hangout Music Fest, held May 18 through 20 in Gulf Shores, Alabama, alongside current-and-former locals Tribal Seeds, Flogging Molly, Switchfoot, and Delta Spirit. Their song “V Neck Sweater,” from their What Happened to Television? full-length, appears on the 2013 SCI Fidelity Records 15th Anniversary Compilation Album.