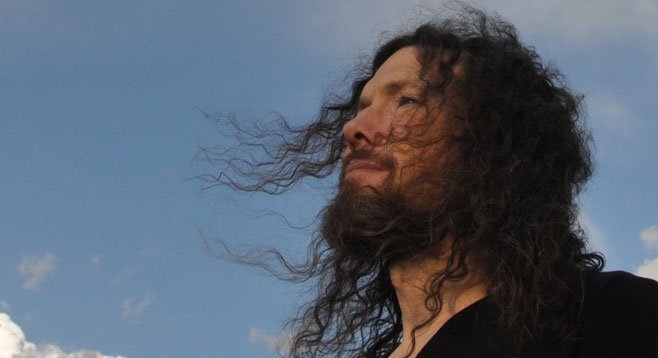 Daniel Isle Sky has been performing music since the age of twelve when, as a teenager, he played piano in church causing the priest to dance down the isle. He moved from Santa Fe, New Mexico to San Diego in 2014, landing a gig at that year's Del Mar Fair.

"When we were recording Just Me, the idea was that I would have something to give to those who came to my live (acoustic) shows that sounded more like what they were hearing live (just me). This turned out good but part of me was still really attached to hearing songs with a full band. So what I ended up doing was using the softer songs for the unplugged (Just Me), and putting the other ones on What If. Being an acoustic album with literally only me playing and singing, it was easier to record and mix Just Me, so I released it while still working on What If."

Sky says he likes to interact with audiences and tell stories about how and why he wrote his songs, as well as taking cover requests. "I'll pass the cover list around to give them ideas. Essentially, they are having an experience and contributing to the set, compared to just listening to music in the background. But of course, if their favorite band is touring through town, I understand."

Sky told the Reader "These are songs I wrote using chord structures Donovan taught me [when] I spent a week with him as a student, and featuring styles the Beatles studied with Donovan which resulted in much of the style on the White Album."

"The album covers were shot in Lamy, New Mexico by an artist friend, Matthew Rhodes. I came up with the idea for holding a cardboard sign that reads 'Waiting for You.' I made the sign in his art studio with colored pencils one day, and we decided spontaneously go out and do the shoot. I just noticed the front cover is very similar to Ray LaMontagne's Gossip in the Grain. I had honestly never seen Ray's cover before. People seem to chuckle after looking at the back cover and seeing the smaller sign, 'Still waiting for you.' It's a positive vibe, like I know she's coming."

In January, 2017, Sky self-published Lyrics and Song Stories, a two-hundred page full color book that includes the lyrics and stories behind writing and recording the songs on each of his four albums.