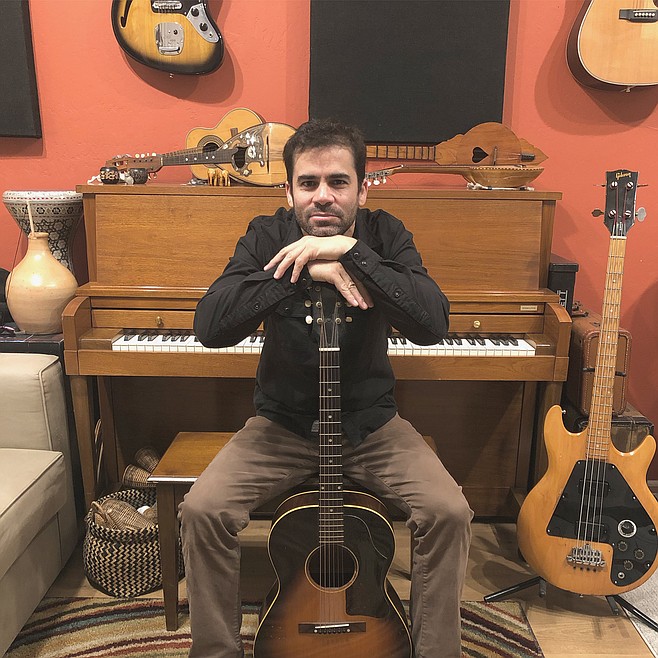 Chad Farran has played drums with Superunloader and Pruitt Iago, and also fronts his own band, in which he plays a variety of instruments. For several years, he did music for a surf-travel show on Fuel TV, On Surfari, releasing a soundtrack album called On Surfari Sessions.
"[Farran] has managed to capture the essence of foreign countries that the show travels to," according to a Fuse press release, "by studying the traditions and instruments from each place, incorporating them into musical pieces, and creating a contemporary and refreshing soundtrack."

Farran's 2006 album Another Ride (nominated for a San Diego Music Award) collects many of his compositions for On Surfari. In 2012, he released On Surfari Sessions Volume 2, a compilation of soundtrack songs from the Fuel TV show featuring pro surfer Shayne McIntyre. “The show got canceled after several seasons,” explained Farran, “because Fox [the owner of the network] decided Fuel TV should show more agro, fighting shows than action sports and travel. I guess On Surfari was too wholesome.”

Farran did all the music for the show when it was on location in Africa, the Caribbean, Middle East, and Central America. “I attempted to create a soundtrack that matched the locale using instruments, samplers, loops,” says Farran. “Shayne would also give me pop tracks he liked, and I would create new music in the same style that he could replace them with.”

“He would sometimes give me music he wanted to emulate and sometimes he would just say he needed a scary-spider song or a touching-turtle song or an uplifting song for a scene with an amputee soccer team. It varied a lot, and it gave me a chance to explore different genres, tones, instrumentation, and rhythms.”

“Traveling was by far the best part of the job because I really enjoyed meeting local musicians and learning about their culture and music.” On Surfari Sessions Volumes 1 and 2 were nominated Best World Music Album and Best Soundtrack at the IMAs (Independent Music Awards).

"I spent the next eight years getting pummeled in the corporate grind, tying the knot and buying a house," says Farran. The only new music to appear during that period was a single released in early 2018 for "Like a River," with an accompanying video melding black and white and color party footage with a closeup of Farran singing, scenes reflected in a pair of comically oversized shades.

A full album dropped January 31, 2020 (his mom’s 80th birthday), After All, recorded and mixed by Farran, who played most of the instruments. It features guest players such as Chris McGreal and Jimmy Lewis of Superunloader and David Carano of Wise Monkey Orchestra. "Think if Paul Simon and Paul McCartney started a band with James Mercer and Dan Auerbach," says Farran, "it might sound something like this."

"The twelve songs on the album talk of relatable subjects such as growing old, falling out of love and being addicted to cell phones. I wanted to create an organic sound to tell simple stories that people could relate to. Everything was based on life experiences and recorded in my home studio on real instruments played by real people. One song tells the tale of a friend and I driving to San Francisco through the night on psychedelics. Let’s just say the Grapevine will never look the same again.”