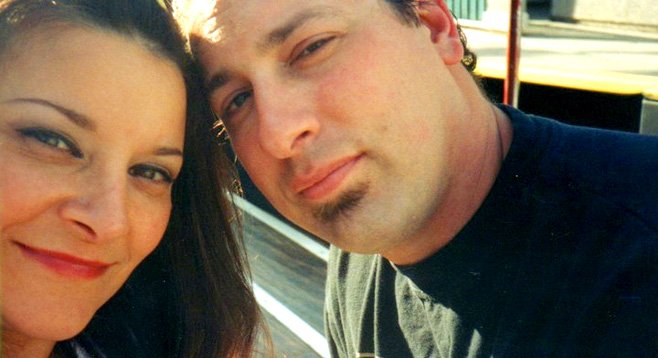 Sound description: Hard-hitting, soulful blues and Americana roots music, with reverence to all the original blues men and women.

Formed as a working side project by Scottie “Mad Dog” Blinn while in-between recording and touring with the Mississippi Mudsharks, Black Market III (originally known as Black Market Baby) plays hard-hitting, soulful blues and Americana roots music, with reverence to all the original blues men and women.

A weekly YouTube show was launched in May 2012, Black Market III: The Garage Sessions, featuring videos of Black Market III, “jamming, bullshitting, doing stuff out of left field” in Blinn’s Lakeside garage. “We might play a song out of our area [blues, roots, grease punk] but put our own take on it, like, a Black Sabbath tune. Or maybe do a Tom Waits cover, or play one of our originals.” Blinn sees the show as an inside view into a working band. “Maybe it will just be the three of us sitting in a circle and writing a song, which we’ll then actually play.”

But the Garage Sessions ultimately have a larger purpose. “We’re going to tie it in with a tour as a tool to accompany and promote our club dates.” Blinn says they have plans to organize gigs in fan garages across the country. “Like house concerts,” he says, “only greasier.”

The show, filmed in Blinn’s garage with a pair of handheld cameras and miked for sound quality, “is designed to get people watching and adding new fans, so when we come to their town we will already have a name.” He explains that, in the old days, a band road-dogged the same circuit several times over and gained fans slowly. Blinn thinks that with YouTube and cross-marketing, BMIII will have an audience in place when they show up to play.

In early 2013, drummer Haley Allen left the band to play for Kiss & Yell and was replaced by North Carolina/New York transplant Gavin Glenn, who played with New York bands Red Lotus and the Jean Marx Express before moving to San Diego and joining Rat City Riot. “Haley was great, and it was sad to part with her, but she had other interests she wanted to pursue,” says Scottie Blinn.

“Gavin and I have been friends for years, and we’ve always tried getting something together. The timing was perfect. He’s solid in so many styles, and knows how to cross them over with taste and class.”

Their September 2013 release Black Roses (Double Barrel Records) was recorded, mixed, and mastered at Grease Punk Studio, in Lakeside. On its release, they did a short tour of California and into Reno and Virginia City, Nevada, before heading over to Europe for a five week tour in England, Belgium, France, and Germany. Black Roses includes covers of “Old Man” by Neil Young, “I’ve Just Seen the Rock of Ages” by John Preston, and “Keep On Loving Me Baby” by Otis Rush.

A video was released in March 2016 covering Led Zep's "Black Mountain Side," shot on location in Lakeside by Jackson Blinn, Scott Blinn, and Roxanne Coverdale. The song was recorded, mixed, mastered, and edited by Scott Blinn at Grease Punk Studio in Lakeside. A four-month European tour kicked off August 1, 2016.

Later in 2018, they embarked on a festival and club tour throughout Europe from August 15 through October 2, headlining Germany's prestigious Blues Festival Lehrte, as well as Stadtfest Alfeld and Stadtfest Celle in Germany, and playing their first prison show in Belgium. They were accompanied for the trip by Joey Hager on drums. Around the same time, they released a single and video for "Regresare," covering a tune by Tito & Tarantula.

Dashboard Jesus, released in November 2018, debuted at number 25 on the Roots Music Report’s Top 50 Contemporary Blues Chart, with the singles “Daddy Rollin’ Stone” reaching number 4, and “When The Sun Goes Down” reaching number 32, as reported to Living Blues Magazine.

In early 2019, they headed out on a two month western U.S. tour in March to support Dashboard Jesus. The second leg of the tour ran through California, Nevada, Utah, and Colorado from June 19 through August 1.

During the pandemic shutdown of early 2020, the band dropped The Let It Be Project, created in their mobile Grease Punk Studio and featuring musician contributions from around the world. While recording their next album for Rip Cat Records in summer 2020, they released a single and video covering Tom Petty’s “Swingin.’”