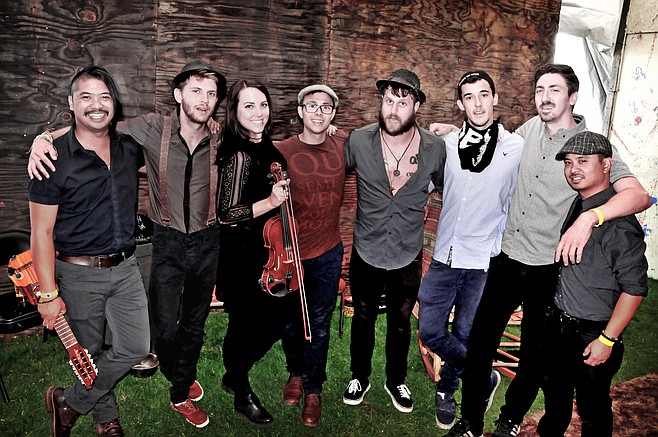 BandàBordel is a nine-person group consisting of San Diego's Quel Bordel paired with members of BandàpArt, from Bedarieux, France. “All the songs are high energy French-English folk-punk and a mix of the two cultures and bands that make up this project,” says singer-guitarist Jake Skolnick.

The band headlined the debut San Diego Gypsyfest in 2016. Their EP Convoi Exceptionnel was released in late 2018. The title, Convoi Exceptionnel, is French for Wide Load. “The bands latched onto this term during the 2017 European tour together and thought it personified the wide touring caravan of the multiple-band package, not to mention the shenanigans on the road,” says Skolnick.