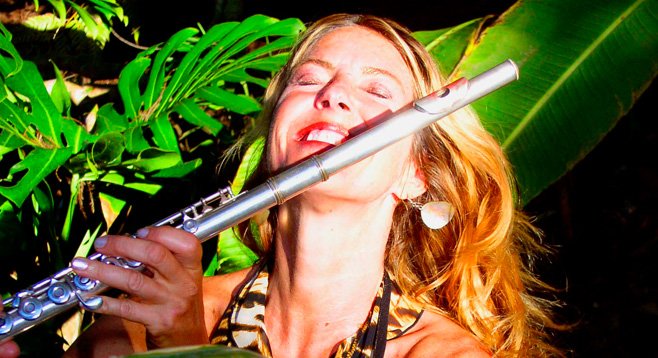 Multi-instrumentalist Adrienne Nims plays contemporary and world jazz, both as a solo artist and with her talented band Spirit Wind. She has been a musician since the age of five. and has collaborated and opened for such greats as Spyro Gyra, Al Dimeola, Najee, and Joe Cocker, to name a few.

Her dynamic sensual voice on saxophones, flutes, and many global indigenous instruments express a vast array of musical culture and style. The music is exotic, melodic and rhythmically charged!

"Her expresive intensity will linger with you long after the last note." (From an article in "The Light Connection" Dec. 2007.)