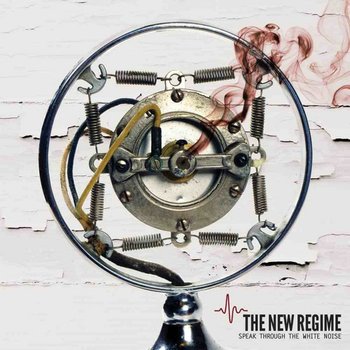 Speak Through the White Noise

Speak Through the White Noise is entirely written, sung, and played by Rubin.

Rubin has deftly created a climate of anxiety and discomfort, examining the current state of information dissemination, and how an economy of fear and anxiety has been created with the American public as the consumer.

“Live in Fear” is a call to arms, an argument for agency amidst searing guitars and hard-driving drums. At moments Rubin’s voice sounds unhinged as he questions where the madness comes from, fueling it as he tries to dismantle it.

“What Brings Us Down” – mainly recorded in one day at home and completed in various hotel rooms on days off during 2009's NIN/JA tour – is slower-paced, imbuing it with a more pensive vibe. Acoustic guitars ramble under Rubin’s higher register singing, building to the chorus that sees sadness give way to frustration.

Ilan Rubin started his music career while still in grade school, picking up the drums at age eight and, in quick succession, mastering the guitar, bass, and piano. He was 11 when he performed at Woodstock 1999 with the local band Freak of Nature (aka FoN). Alongside his brothers Aaron (guitar) and Danny (bass), F.o.N. also appeared on several Vans Warped tours, and Modern Drummer magazine declared him “Best Undiscovered Drummer Under the Age of 18” in 1999.