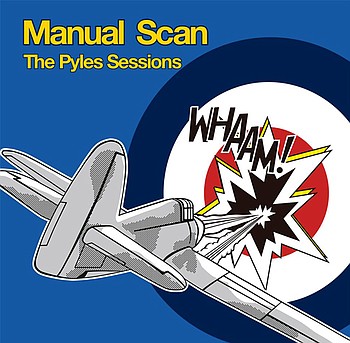 • “Plan of Action” – Originally from Manual Scan’s album, Down Lights. Later covered by The Kingpins from Canada
• “She’s So Fine” – a cover of the Easybeats rocker
• “American Way” – an update of the band’s 1982 classic, from their debut EP
• “Nothing Can be Everything” – a track Bart Mendoza and Kevin Ring later rerecorded with The Shambles
• “The Real Me” – a Kevin Ring sung cover of the Who Quadrophenia classic
• “For Those” – A song from Manual Scan’s Down Lights album
• “”Like Wow Wipeout” – A cover of the Hoodoo Gurus single
• “Remember Lightning” – A cover of early influence 20/20. An alternate version will be included on an upcoming 20/20 tribute album.
• “Nothing You Can Do” – a remake of a song from the band’s first EP

The CD version features bonus tracks, including "Walk the Beat," recorded live at the Casbah with Chris Sullivan and Chris Davies of the Penetrators sitting in.