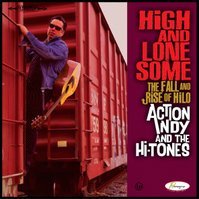 A former member of such notable groups as The Bomboras and The Loons (also current Sleepwalkers member), Action Andy makes his sophomore effort with this album, an electrifying blend of Americana and alt-country styles, with shifts into straight ahead rock & roll, a touch of Latin, and minor key moves. Part concept album, it tells the tale of a man's search for Love and Redemption, with the pitfalls, perils, and trials that occur along the way.

IF YOU WANT LOVIN'

DEVIL IN HER EYES

UNDER A LOWDOWN SPELL

A TURN FOR THE BETTER

IF YOU DON'T HAVE LOVE

I GO WHERE THE WIND BLOWS

ROLL INTO THE NIGHT

STEP INTO THE LIGHT

Action Andy's "High & Lonesome" album was released 10-31-2013 on Relampago-go Records. You can find his album through Facebook, or Bandcamp: http://actionandythehi-tones.bandcamp.com/ 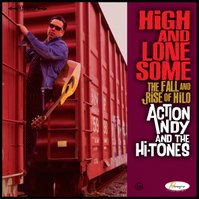