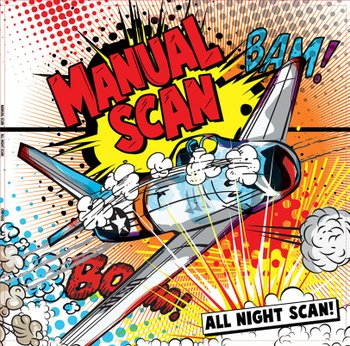 The album includes three tracks that are new to vinyl, including a new recording: a 2010 version of “Plan of Action” recorded for Fm94.9's Pyles Sessions and produced by Alan Sanderson. Also, it's the first time “American Way” (1982) has been included on a Manual Scan album.

“What I really like most about this album is that I had very little to do with it, other than providing source materials,” says Bart Mendoza. “They did the track selection, artwork the whole nine yards. I really think they did a fantastic job capturing the band, and I have to compliment the mastering.”