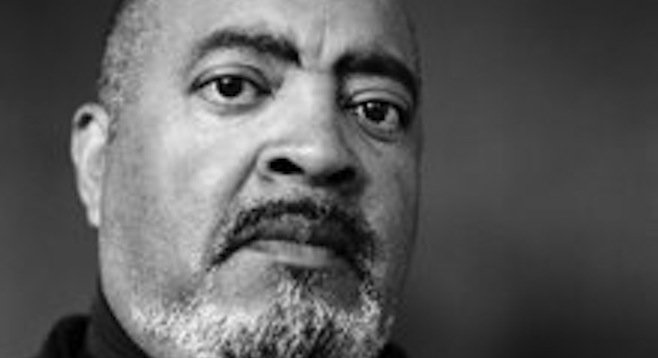 When Antonio TJ Johnson reads the part of Paul Robeson next Monday night, it will be his last performance before moving to New York on June 5.

A great African-American actor/singer (and All-American football player at Rutgers), Robeson's a character in Mr. Rickey Calls a Meeting, Ed Schmidt's drama about Jackie Robinson's decision to play in the major leagues.

An athlete, artist, and activist, Robeson was a major influence on his times. In his unassuming but persistent way, Johnson has been one for San Diego theater.

He has performed on just about every local stage. He's become an expert interpreter of August Wilson's works - and has a Craig Noel Award, for playing Troy Maxson in Wilson's Fences to prove it. He's also been a tireless teacher/coach/artistic director/facilitator/supporter/loyal friend of theater.

(He's even got an unconditional loyalty for the Chicago Bears, which...well, let's just not go there).

A host of people already say they'll miss him, but may not realize how much until he's gone.

"When I got out of the service, I worked with young folks. I didn't feel like a 'Mr. Johnson,' so they called me 'TJ' - for Tony Johnson. My mother insisted I use my first name. So it's 'Antonio TJ Johnson.'"

In 1981 he went to the Coronado Playhouse not to audition, but to volunteer as a bartender. If you don't count when he sang "Anything You Can Do I Can Do Better" in Kindergarten, he'd never done any acting. The idea of being connected to a theater appealed to him.

Tom McCorry, theatrical wizard, was directing One Flew Over the Cuckoo's Nest at the time.

"You here to audition?" he asked Johnson.

"Well, would you audition? We need some African-American actors for the show, and we don't get many in Coronado."

Johnson got cast and received good reviews. And his wasn't the only first in that production. Marty Burnett, scenic designer for North Coast Rep, did his first set for Cuckoo's Nest.

Johnson's most memorable roles include Maxson, Hoke in Driving Miss Daisy, the Stage Manager in Our Town, and a remarkably sage-funny Solly Two Kings in Cygnet's recent Gem of the Ocean ("Solly's taken over as my favorite character").

So why leave San Diego?

"I am looking to be challenged in my career and my life. I have learned a lot about myself and am more aware of my process as a person and an actor. I feel I have hit a wall here. I even feel directors and audiences have a feeling about what I should do. In essence, I have become comfortable and bored.

"I took the long route in my education of theater and am ready for the biggest challenge."

"There's a rhythm there that doesn't exist any place else. Not even Chicago. A beat of activity and excitement. It's the next level up.

"I always thought San Diego could reach that level, and it may well do in the future. But my time is now. I feel I have a process and an understanding that works. I am not afraid to fail and learn from that failure. I now know that fears only exist in my mind.

"San Diego will always be the place where I found my soul. Now I'd like to share it with a part of the world that knows what to do with it.

Hi Jeff. . . good article. An old story freshly told. San Diego loses another talent that seems to reach a plateau here. I admire TJ for moving on and taking that risk. New York beckons. There's so much potential in this town to "reach that level" to which TJ refers -- so much talent coming down the pike. . . 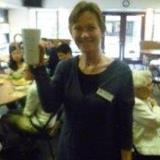 Have known TJ for sooo long -- what a great guy, wonderful theatre artist and just all around thoughtful human being -- I understand his need to break out and find fresh opportunities. San Diego is wonderful for artists, but it's a small town in a way too -- good for him and good luck to him !