The Lemonade Stand: alive and well over Fourth July.

Just across C Street from Coronado's Spreckels Park, four kids are making out like bandits with their version of Lucy’s lemonade stand.

Except they're selling sno-cones, $2 each.

Mackenzi, Eli, Keira and Amy have their family’s Spreckels Sno-Cone stand outside their house. 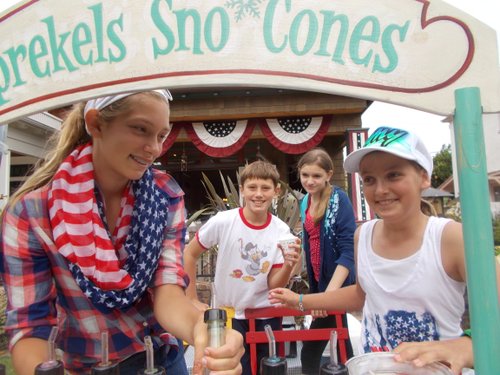 “My brother Owen and his friend started it,” says Keira. Ten percent of the money they make goes to the local PAWS dog shelter.

They're counting on a long, hot summer. 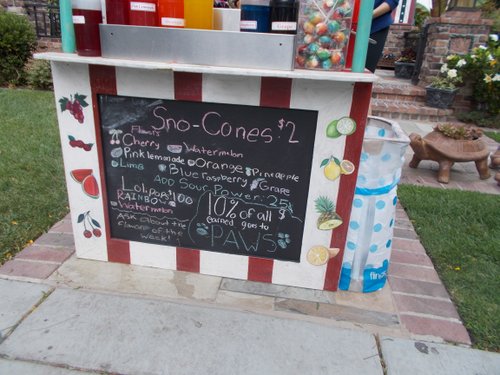