Martinez self-publishes a gothic comic series *the Deepest Dark* from his Neko Press Art Studios on University Avenue, across from Helix High School. 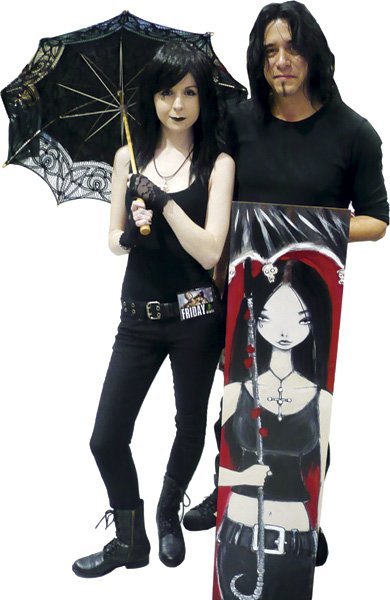 “I’ve been working in the comic and publishing industry for over sixteen years,” he tells the Reader. “I also teach art classes at my studio, and I do many gallery shows that showcase my line of ‘Girls’ paintings. I’m doing 1000 different paintings in the series, some of which I perform live right on stage, sometimes working on four paintings at a time while music plays.”

Martinez has been attending Comic-Con in San Diego for fifteen years. “Before the Deepest Dark, I was best known for my titles Kickass Girl and Wildflower...I plan to re-release the sold-out trade paperback of the series, along with extras and brand new cover art.”

In addition, “I hope to achieve some interest from Hollywood regarding the Deepest Dark. I feel the story works well for film, and it’s geared for all ages.”

Martinez's credits include Heavy Metal magazine, the SyFy Channel show the Chronicle, and the Family Guy trading cards for Inkworks. In 2004, he began a line of paintings for galleries and live art shows and in 2006 released a compilation of his works titled Girls, which became one the of the best selling titles for Neko Press to date.

2012 marks the sixteen-year anniversary for his comic title Wildflower, and his series Kickass Girl received critical acclaim and was collected into graphic novel form. 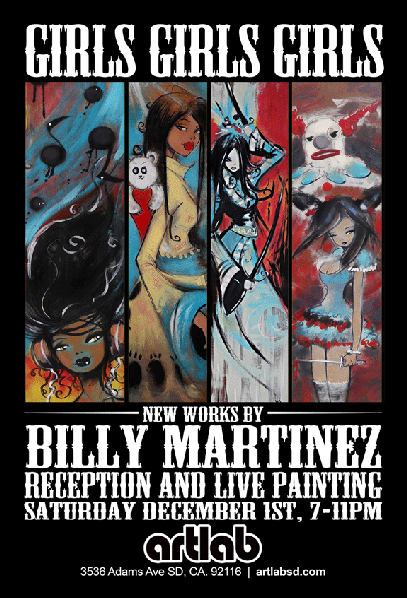