"Harry was a guest at the 1972 Comic-Con, the first one to be held at the El Cortez Hotel," says original San Diego Comic-Con co-founder Mike Towry. "Though known as a great science-fiction author, Harry had earlier worked in comics, most notably at EC with Wally Wood where they had talked Bill Gaines into publishing science fiction comics. In the fine piece he wrote on Harry for the 1972 Comic-Con program book, [San Diegan author] Greg Bear described Harry as 'a living breathing Jovian hurricane.'"

Harrison's book Make Room! Make Room! was later made into the Charlton Heston film Soylent Green (which Harrison first viewed at downtown's Balboa Theater), and he also created popular pulpish novels and characters like Stainless Steel Rat and Bill the Galactic Hero. He was 87.

According to another famous former San Diegan, cartoonist Scott Shaw! (Flintstones, Captain Carrot and the Zoo Crew, etc.), "I first made his acquaintance at the 1968 World Science Fiction Convention -- his wife gave us her dessert at the Hugos [awards] banquet -- and he occasionally remained in touch with us until he moved to Ireland. Harry told me that he decided to become a full-time writer while laid up in bed sick and unable to work at his drawing board. He was a funny man a wonderful writer and very nice to us fanboys." 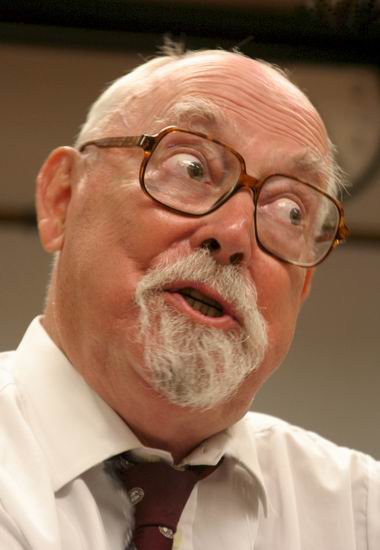