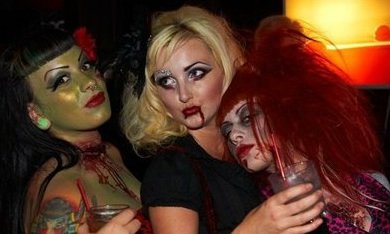 Tonight, The House of Pink BoomBox transports you to the Eastern Bloc with a Hungarian Carnival Birlesk show at the Til Two Club.

The only thing missing?

“I feel bad that part of my costume is dyed bunny fur, seeing as I just sent my bunny, Dr. Floppykins, to Valhalla,” says Holiday.

“I’m holding off on pets until another homeless man offers to sell me a cute animal.”