Qualcomm billionaire wanted mammoth parking garage to be "almost human-free," spurned idea his money could be used to fix potholes

San Diego's richest man, Qualcomm founder Irwin Jacobs, always said that since he was putting up the money for his now-defunct Balboa Park traffic and parking makeover plan, there should be no arguments about how he wanted to spend it. 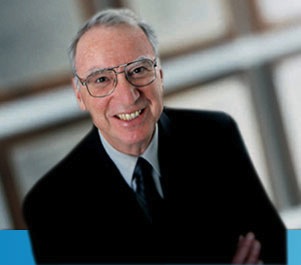 Emails released last week by the city of San Diego following a request under the state's public records act reveal that Jacobs wasn't hesitant to share his strong opinions with the consultants he had hired and the staff of GOP then-mayor Jerry Sanders in pursuit of his desires.

Among other wishes, the high-tech magnate wanted to minimize future staff to operate his park remake - namely the mammoth garage proposed for the parking lot behind the Spreckels Organ Pavilion - by employing robotics.

"Have you looked at further automation in the garage to decrease parking garage staff," Jacobs asked in an email he fired off on February 5. 2011. "Should be almost human-free except for emergencies."

For that matter, the La Jolla billionaire didn't want to waste money on consultants for the project:

"I do not have any details on the consultant work ongoing and planned and the cost estimates for the proposed schedule," he wrote in the confidential email. "I need more details - we need to avoid a blank check approach."

In the sentence on the SPHO (sic), it should be noted that he stated he did not read the submitted proposal. The last paragraph in this There is a Rumor section should go first. The answer sounds much too weak as presently presented and needs to be strengthened.

"We do not believe that A Statement of Overriding Consideration will be needed, but if so, then ... " Also, it is not a rumor but a claim by some. We are saying it is wrong.

Jacobs and his wife Joan subsequently contributed $12,000 to the re-election campaign of Gavin Newsom after the California Lieutenant Governor sent Donaldson a letter warning him to stop criticizing the project.

We should comb through all of the various negative comments and letters and look for others that need response in FAQ.

New street car and bus routes and transportation continue to be desirable but no near term solution to feasibility nor cost and project does not interfere.

As for alternative uses of his money suggested by some, Jacobs had this to say:

Since no public funds being used, stopping project does not fix pot holes.

Recipients of the Jacobs email included Gerry Braun, an ex-Union-Tribune reporter and former top Sanders aide who now is a $6,000 a month staffer for the Balboa Park centennial committee.

We certainly wouldn't have wanted minimum-wage workers employed in the Irwin Jacobs Balboa Park-ing garage! That's the thing about billionaire job-creators: give 'em an inch, and they recommend robots over human attendants. Thanks again, Judge Taylor, for ruling against this travesty.

Got that right, Monaghan.

Jacobs, like many of the big dogs in SD, thinks his money buys him total say so, even over public lands and projects he deems worthy of his beneficence. The mistake these guys keep making is to confuse having lots of money with having wisdom--the absence of which is always so obvious. When will these blowhards learn that they will never get to lord it over the public, in spite of their billions, and in spite of their so called competence.

I can easily understand Jacob's desire to keep "humans" out of the picture as much as possible--pesky damn things, wanting decent pay and nonsense such as medical insurance. Those chips in his cellphones never ask for benefits!

I'm sure Mr. Jacobs is very disappointed with the people of San Diego who refused to shut up, genuflect, and allow him to proceed with his plans. Personally, I find it very reassuring to see there are certain things in this town that even the big dogs do not get to bite on, no matter how loud their bark or large their wallet.

Three cheers to SOHO and all the other organizations and individuals who stood up to the big dogs....and won! Hip, hip!

Those who call Jacobs a "philanthropist" should be prohibited from calling themselves journalists.

When will San Diego learn? John Moores played the same game, spreading his stolen money around town to position himself to steal yet more money. He was called a "philanthropist" too.

Jacobs should be ashamed of his behavior...but his whole career is a series of lies, maneuvering to use public money for his own enrichment.

I'd sure like to see a Reader cover story about his history...how he turned someone else's work into his own private company, using public funding. How he worked his employees like dogs to get the first chips made, then fired them and shipped the jobs overseas so he could avoid sharing the profits...how he continues to abuse the H1B visa system...how much money he has injected into political issues from getting the stadium naming rights for a pittance, trying to subvert the election of the school board, and on and on...

if he is worried about automating the garage then he is concerned about profits and is most likely a financial beneficiary of the garage profits. I just dont think there is any philanthropy going on here at all....he's getting that paltry 14 million back and then some.

It still sounds to me (and I could be wrong) that its the mayors staff/ consultants running the show not really Jacobs..I dont mean Jacobs isnt criminally involved but that this was initiated by developers and made into a "win win"....""I do not have any details on the consultant work ongoing and planned and the cost estimates for the proposed schedule," he wrote in the confidential email. "I need more details - we need to avoid a blank check approach.""

If this is jacobs plan you would think he would be the first to have the details from consultants not the last.