There were a string of burglaries almost a year ago, the night of July 4th in 2012, in the seaside community of Oceanside. The morning of July 5, residents of four different homes on North Cleveland Street said they went downstairs to find their homes ransacked and valuables missing, and a rear sliding glass door ajar.

(In one case the sliding door was lifted and slid over a round dowel which had been placed in the door tracks specifically to prevent such a maneuver. A police officer stated that the dowel was too small in diameter to prevent the breach.)

One Oceanside police officer used an iPad to track an iPhone reported stolen from one of the homes, and police found a suspect in a home less than three miles away, on San Juan Street. Christopher Gabriel Rincon, 20, eventually admitted to the burglaries. Many stolen items, including a .45 calibre Smith & Wesson handgun, were recovered in or near his home, according to police.

The young burglar already has “credit” for 401 days in custody, and will probably serve about nine more months before he is released on probation, according to his public defender.

“Mr. Rincon is a young kid who made several serious mistakes in one night,” defense attorney Matthew Roberts commented, after sentencing. (All four burglaries were committed the same night.) The attorney said that Rincon’s mother had many children and he was abandoned and then raised in different foster homes before his grandparents took him.

“Unfortunately, this type of background is all too common in the criminal justice system,” defender Roberts said. 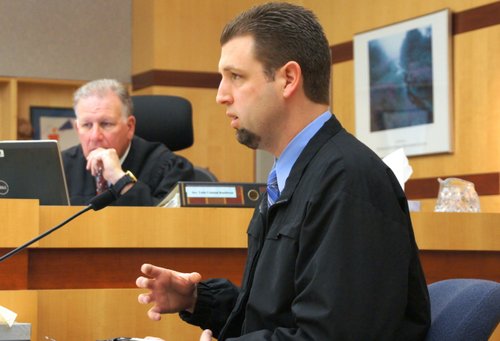