Escondido man suspected of killing wife is in medical “isolation”

Abdul Ibrahim has not been formally charged yet

A man arrested on suspicion of murder, eleven days ago, has not been brought to court yet.

Abdul Rehman Ibrahim, 67, is described as “patient isolated” in a “Medical Court Report” prepared by the San Diego County Sheriff’s Department. The suspect is currently held at the Vista detention facility, according to the Sheriff, who controls prisoners here.

Ibrahim was due in court yesterday afternoon, July 2, when it was expected that he would be informed of the charges against him and then enter a plea. The district attorney already filed one charge of first degree murder, with use-of-knife allegations, on June 25. Prosecutor Jeff Dort alleged that Ibrahim murdered his wife, Shahbanoo.

Escondido police claim that on Sunday morning, at 3:36 a.m., Abdul Ibrahim walked into police headquarters “and spontaneously volunteered that he had killed his wife with a knife.” Officers then went to the couple’s home on Catspaw Place and found the woman dead, they said. That was almost two weeks ago, on June 23, 2013.

Sixty-four-year-old Shahbanoo had been “stabbed numerous times in the upper body,” according to Police Lieutenant Neal Griffin. He stated the woman was killed “while she apparently slept in her bed.”

“There were no signs of forced entry or a struggle of any kind,” Lt. Griffin reported. The couple had resided in that home “many years” and had been married more than forty years, according to police. 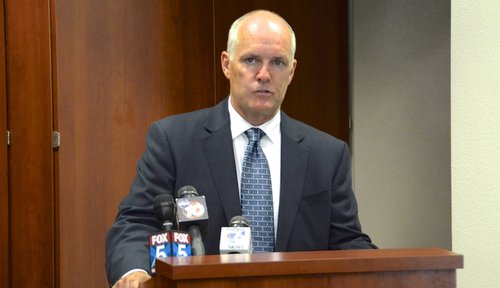