Marcia McNutt, director of the United States Geological Survey and science advisor to Secretary of the Interior Ken Salazar, today announced her resignation. Word circulating at UCSD is that she may soon be heading back to San Diego to join the faculty and perhaps succeed Tony Haymet as director of the Scripps Institution of Oceanography. 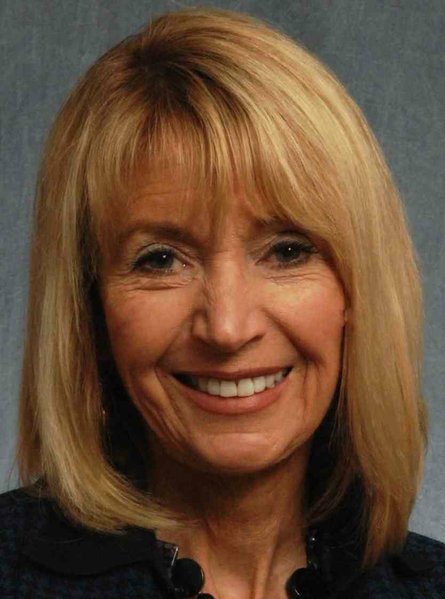 McNutt, who has a bachelors degree in Physics from Colorado College, earned a doctorate in Earth Sciences at UCSD-run Scripps.

Before taking over at USGS, the geophysicist was president and chief executive officer of the Monterey Bay Aquarium Research Institute, according to her online bio, and was on the Stanford faculty, among other academic posts.

In a letter circulated to staff this morning, as confirmed by a USGS spokeswoman, McNutt said she was sorry to leave her position.

It is with a heavy heart that I write to let you all know that as of February 15 I will be leaving the USGS. It has been my honor to have been your Director, and I have truly loved the opportunity to be a part of this agency: its mission, its history, its people. If it just weren’t for the fact that this job is 2000 miles away from my family and my home, I would be pleased to stay on as long as I was invited to do so.

I am timing my departure so that I can witness the launch of Landsat 8 on February 11, a very significant event for the USGS, and after that ride off into the western sunset.

The first woman to direct the USGS, McNutt is said to have been the first choice at one point to run Scripps during the selection process which produced current director and UCSD vice chancellor of Marine Sciences Tony Haymet.

In September, before the departure announcement by Haymet (said to be friends with former U.S. Vice President Al Gore and his girlfriend, Rancho Santa Fe's Elizabeth Keadle) UC regents had granted him a sabbatical and appointed a temporary replacement during his absence. No explanation has been given for his sudden change of plans.

The Committee will conduct an international search for a candidate at the full professor level who must be a scholar of distinction with an international reputation. A record of effective academic administration and leadership skills beneficial to the mission of Scripps Institution of Oceanography are required.

We've left a follow-up request with the USGS to talk to McNutt.

There are undoubtedly some heavy political, as in "who knows whom", considerations in filling that Scripps position. I have no idea of what they could be. But after the succession of people into and out of the chancellors slot at UCSD, and all the unknown connections involved, this one cannot escape that. Yes, Virginia, even academia is riddled with politics. I am always amused by these "national searches" for a successor. They go out and pay some glorified head hunter type tens or hundreds of thousands of bucks to find the "best" candidate when that candidate was obvious to all concerned already. The search firm does little to really investigate the one recommended, meaning that a record of improper conduct often isn't revealed until after the job is filled.

Let's all hope that McNutt is a scholar, a capable administrator, respected by the people she might lead, and not just another hack. The fact that Haymet is connected to Al Gore, probably one of the most hypocritical individuals of all time, should give pause to all of us.

McNutt is a very distinguished scientist and would be one of the first SIO directors, were she hired, to come directly from experience with geophysics and marine sciences, rather than plasma physics or chemistry (to name the fields from which the last three directors came). From a distance, it seems certain that SIO should consider itself lucky were this to be an outcome of the search. It would be interesting to hear from people who had worked with her, either in the field or in administrative posts.

I agree with thistle that this seems a good choice.

In recent time that SIO job has seemed political in the worst way, with Aussie Tony Haymet never getting acclimated to the fund-raising demands of the position after having had to replace a complete dilettante who lingered on at the institution. Haymet is no hack as a scientist, Visduh, and any association he had with Al Gore is to his credit as an environmentalist.

Al Gore is no environmentalist despite his alarmist movie and other efforts. He has never let any sort of environmental concern diminish his lifestyle, and especially his gross appetite for energy consumption. But it is obvious that you have never taken pause to consider that sort of thing. Scientists are often the worst administrators imaginable, and those who hire them should not expect better unless they can be very certain.