It was an epic struggle last month between Bob Filner and fellow Democrat Todd Gloria - the politically ambitious, developer and hotelier-backed city councilman from the Third District - over who would get appointed to outside agency boards. 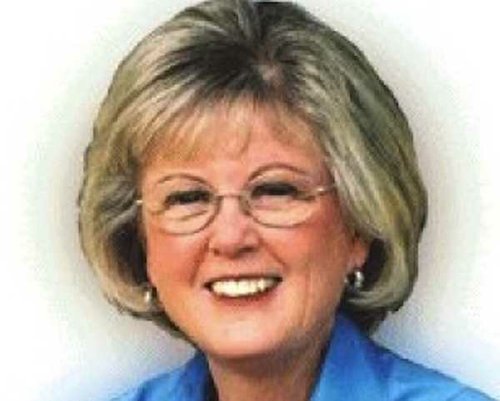 Dianne Jacob, only San Diego county supervisor listed as spurning cash payments for outside board meetings

As we were first to report here, the new mayor moved swiftly to consolidate his power over appointments to board seats at the San Diego Association of Governments, otherwise known as SANDAG, a taxpayer-funded agency that has a lot to do with handing out government grants and green-lighting development.

In addition to power and influence, the positions come with tidy financial stipends for actually showing up at meetings. Only one member of the city council contacted by us, Point Loma Republican Kevin Faulconer, said he had foresworn the money.

Filner's fight with Gloria, who has enjoyed the financial support of many in the GOP, eclipsed the awarding of the lucrative board positions over at the San Diego county board of supervisors. There, the allocation of the board goodies was handled so quietly that few even noticed.

According to a disclosure report posted online by the county, a seat on the SANDAG board of directors - worth $150 per meeting for a total of $4,800 a year, according to the disclosure - went to GOP supervisor Greg Cox. A second seat, worth the same, went to Cox's fellow Republican supervisor Bill Horn.

Horn picked up a spot on SANDAG's public safety committee, of the same value.

Newly elected Democrat Dave Roberts bagged a position on SANDAG's regional planning committee, also in the $1,001 and $2,000 range. The GOP's Ron Roberts is on the transportation committee, paying the same.

Republican Roberts is also on the Metropolitan Transit Systems board, at $150 per meeting, for an annual total of $2,001 to $3,000. In addition, Horn can claim $75 per meeting for his board service with the North San Diego County Transit Development Board, for a yearly total of $1,001 to $2,000.

Cox hit the biggest jackpot of all, getting a potential $2,000 to $3,000 a year for showing up at board meetings of the San Diego County Regional Airport Authority. The spot pays $200 a meeting and lasts through January 2016, the disclosure says.

The only supervisor listed on the report as spurning the cash payments is Republican Dianne Jacob, alternate to Horn on the SANDAG board and second alternate to Ron Roberts on the transportation committee.

AND -- you left out Greg Cox's wife, Cheryl Cox, who as Mayor of Chula Vista appointed herself to the SANDAG Board also -- chalk up another $4,800 a year to the Cox household.

Given the way public agency SANDAG sandbags the public by remunerating public officials, one can understand why they want to hire a slew of PR operatives in addition to their large in-house public information office staff to polish their image.

Mayor Filner was right to criticize this excess, and today even U-T columnist Logan Jenkins praised the Mayor's "martially artful" action. Jenkins suggested that SANDAG hides in plain sight, that few people know who they are or what they do with their hefty budget, and the agency's name sounds like it's about "beach farming."