Yemely said, “She told me she was pregnant” and “I took her to two of her appointments” and “she seemed happy.” Yemely knew her younger sister Viridiana, 18, was four months pregnant with her boyfriend’s baby.

Viri had been dating Ruben Anthony Cepeda for maybe five months. Ruben was 20 when they began their relationship and Viri had just turned 18 that month, in December 2011.

Twenty-seven-year-old Yemely Rodriguez has two children, eight and six years old, and she knows, “Being a single mom, it’s not easy.” Yemely has been working since she was 16, and now she is the manager of the burger place near where she lives, an apartment on Fig Street in Escondido, California.

In late 2011, Viridiana, whom everyone calls “Viri,” was kicked out of the family home. Dad claimed that Viri had stolen “around two thousand dollars” he had carefully saved from his work painting homes. Viri hadn’t been home very long before she got kicked out, because she was just released from incarceration “in the juvenile system,” her Dad said. Viri had attended the local high school for only a year or so and then she stopped going, Dad said in sworn testimony.

Ruben Anthony Cepeda, now 22, is already the father of a 2-year-old boy; the mother of that boy is named Carina.

Yemely Rodriguez testified that Carina is her cousin.

The three sisters, Yemely and Diana and Viri were all in the apartment into which Ruben Cepeda was moving his things, the evening of April 7, 2012. The two sisters rushed to the room where Viri and Ruben were, after they heard a gunshot. They tried to comfort their stricken sister, who was laid down on the carpet in the bare room. “We kept telling her not to close her eyes,” said Yemely, who cried often during her testimony.

Witnesses reported hearing Ruben say aloud “it was an accident.” Yemely told a prosecutor yesterday, “No, I didn’t see him crying.” 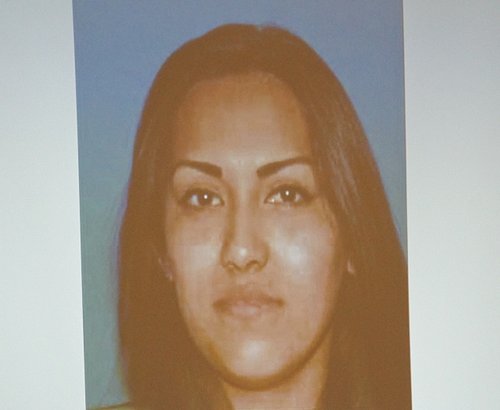 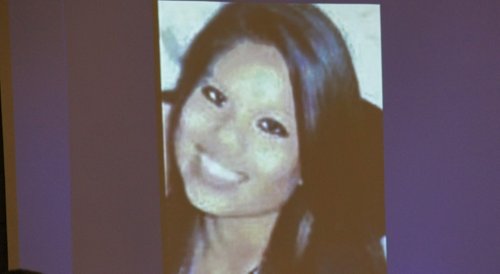 Viridiana Rodriguez, 18, died of a single gunshot to her belly. Evidence photo.