Manchester-backed recall leader was sued by David Copley for trespassing

These days La Jolla surveyor Michael Pallamary, leader of the recall against Bob Filner, is a stand-up guy, at least according to U-T San Diego, the mini media empire of Douglas Manchester, a laissez faire land developer and hotel magnate itching to oust the pro-planning San Diego mayor and replace him with someone more malleable.

But Republican Pallamary has not been well regarded by at least one wealthy member of San Diego's Fourth Estate. 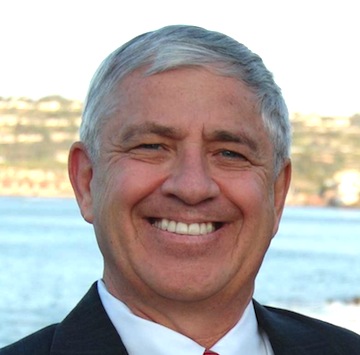 Two years ago he was accused by the late David Copley, ex-owner and one-time publisher of the Union-Tribune, of breaking land use and grading laws, as well as trespassing on the hallowed ground of Fox Hill, the baronial Country Club Drive estate of his late mother Helen.

A lawsuit filed in June 2011 by Copley against Pallamary, along with Fox Hill area neighbors, insurance man C. Kent and Barbara Freundt, alleged that the trio illegally destroyed portions of the property. 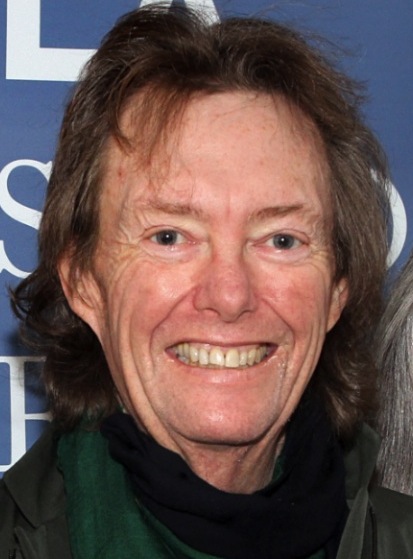 In or about late 2010 or early 2011, Pallamary and others entered into the Copley Property for the purchase of surveying a roadway.

The complaint went on to charge:

The Freundts improperly obtained a permit from the city of San Diego to construct and grade a road, to make a thoroughfare that connects the southerly termination point of Country Club drive to a northerly access road over a portion of Copley property in which they hold no interest

Then, according to the lawsuit, the Freundts and Pallamary, "intentionally trespassed upon the Copley property," where they allegedly engaged in "intentionally and maliciously cutting down and damaging timber, trees and underwood and by constructing a roadway."

The Freundts and Pallamary and DOES 1-50 destroyed and removed all landscaping, including large trees, damaged irrigation and water runoff patterns, graded and damaged the Copley property, damaged a hillside embankment, and removed existing curbs and improvements.

All of this construction and demolition work was done without permission or right.

On May 31, 2011, under the cloak of his land surveyor license, Pallamary demanded access to the Copley Property.

When permitted to enter, Pallamary directed the Freundts construction personnel to trespass on Copley Property and began additional construction and grading work. Plaintiffs requested that Pallamary and the Freundts cease all work and immediately leave the Copley property. When they refused, Plaintiff's agents called the Police and sought to have them removed.

When they arrived, the Police referred to this as a civil matter and requested a judicial determination of the various parties’ rights before they removed any construction material from the Copley Property.

If this were not enough, the Freundts now threaten to survey and bulldoze additional "easements" on the Copley Property, none of which are anywhere near the Defendants' property...The harassment in seeking to improve these "easement[s]" is palpable and indicative of the Freundts actions and the character of their land surveyor/construction contractor, Defendant Michael Pallamary.

The cost to Copley for repairs of the illegal work, the lawsuit claimed, was "no less than $1,000,000," not including punitive damages.

In a June 2, 2011 filing, Copley's lawyers portrayed Pallamary as the principle player in the alleged environmental mayhem.

The Court should be aware that although Mr. Pallamary styles himself as a land surveyor and invokes rights to be able to come onto the property of another under applicable law, he acts more like a general contractor for the Freundts as he authorizes and directs all construction personnel.

When Copley died last November in a La Jolla car crash, after suffering a heart attack, his legal battle with Pallamary was still raging, and remains currently unresolved.

In a phone interview today, Jeff Garland, an attorney for Copley's estate, says the matter may soon be on the verge of being settled out of court.

We've left a call for Pallamary, who bills himself on his website as

Editor: We've gone over 12 hours without a "Support Filner" story! We've tossed up every silly idea we can and i'm out if ideas! Do we have ANYTHING left?

Reader Writer: I think i heard once about someone who doesn't like Pallamary. It's not much, but it's something..... right?

Editor: No, it's completely pointless- but it's all we've got. Run with it! I want a story on this on my desk in 5 minutes or you'll get a Birkenstock upside your head!

Reader Writer: You got it Chief!

It's good you ran Pallamary's photo: I will be on the lookout for a silver-haired bogus surveyor who claims access to property that isn't his and then lays waste to it. And shame on the distinguished Freundts for participating in this land-grab. In property-rights-loving La Jolla, this seems like a case of what's-mine-is-mine and what's-yours-is-mine too.

Odd that with all the interest in the late wretched David, this was not reported before. I'd guess that with the rugged terrain in that part of La Jolla, it might have been easily the case that there was an honest disagreement about property boundaries. Steep terrain can confuse all but the best surveyors. The claims made by Copley's attorneys as to how/when/where this all occurred might be questioned. They tend to lay it on very heavy.

Any connection to the recall campaign isn't obvious to me. Manchester and his Mill are not carrying the same campaign that the Copley-owned U-T carried, and then there was the Platinum period. The current rag often reports on Copley matters in the manner of a pure observer, and one with a disdainful view of it all. At this point the dispute is one that is a curiosity to local residents, but nothing of great import. So, I'd be inclined to ask, much as Michelle did, what's the point?

There are lawsuits aplenty percolating in the tippy-top neighborhood of the Copley Fox Hill estate. The area is getting/has been/will be/ subdivided into many sections and every "neighbor" wants to protect turf and views and million-plus-dollar investments in homesteads. I assume that Pallomary represents the Freundts in some capacity and that depredations have occurred. Not nice. Not nice at all. And Not Niceness is the connection to the Pallomary recall attempt: that's the point.

Mike Pallamary works as a surveyor who functions as an expert witness in boundary cases. Considering he is regularly involved in legal action it is not surprising that he has some enemies. I have worked closely with Mike on many issues and have never got the feeling that he was blindly pro-development.

Our mayor is a creep. That is why Mike is leading the recall. Mike's motivations are civic minded.

You forgot to mention that Mike is a vegetarian, folk singer from Ocean Beach.

Another day living in the state of contention.

If Pallamary were a real vegetarian and folk-singer, he'd be a lot more mellow in every respect and would not engage in vendettas against the duly-elected Mayor of our city. It's not "civic-minded" to seek to nullify the votes of 55% of the electorate.