A judge noticed that the defendant seated before him was wearing the “same exact” plaid shirt seen in surveillance photos, during a San Diego Superior Court hearing yesterday.

Honorable Sim von Kalinowski first reviewed evidence photos and then noted for the record that Abrahim Ah Saed, 31, was wearing “the same exact shirt.” The judge said he had been studying the man during the one-hour proceeding, yesterday morning.

“It’s quite apparent that it is him,” Judge von Kalinowski said. A public defender previously suggested that it could have been another person captured on camera at multiple Lowe’s stores in Southern California, using false IDs to commit fraud.

Abrahim Ah Saed is charged with three felonies in connection with using false identification to return hardware for refund at the retail store chain.

A loss prevention manager for Lowe’s stores testified that Abrahim Ah Saed made 125 returns of door knobs and hinges and other hardware, to various stores in Southern California, from September 2012 to January 2013. The man captured on stores’ cameras commonly returned merchandise worth a little over $100, sometimes making four or five returns the same day, at different stores in the same county. “It was very consistent,” Brett St. Martin testified. The name Abrahim Saed and the address on Blossom Avenue in Ontario California was a “common theme,” but the identification number on the California driver’s license would change for each transaction, according to the witness.

A special agent with the California Department of Justice testified that when he arrested Abrahim Ah Saed, he found a Lowe’s card and an Israeli passport and a California driver’s license, and an application for renewal of driver’s license, in the man’s wallet. The agent said he found a box of hardware, door knobs and hinges, in the trunk of the Mercedes in which Saed had been riding.

The agent said Saed “claimed he could not speak English” at the time of his arrest.

The defendant had benefit of an Arabic interpreter at his court hearing yesterday, April 23, 2013. His public defender pointed out the accused has only been in the country six months, and has no prior criminal record, and she requested the three felony charges be reduced to misdemeanors. The judge denied that request.

Abrahim Ah Saed is currently at liberty on bond, and has been ordered back to San Diego’s North County courthouse on May 21, 2013. 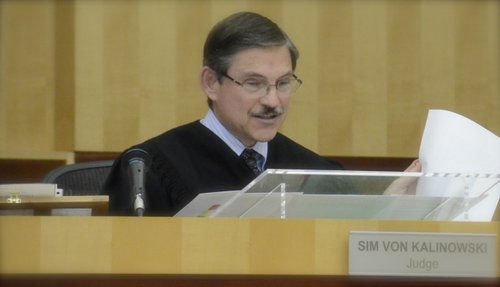 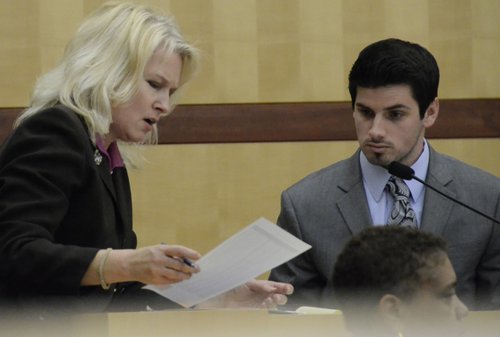 May we suppose that if he'd kept the amounts UNDER $100 each time, they would not be felonies? The part that the story doesn't mention is where/how he came to have all that merchandise to return. He'd have to be shoplifting the stuff first, unless he's part of a shoplifting ring (which is likely), or has someone working for Lowe's who is stealing the merchandise out the back door. Shoplifting is unfortunately rather commonplace nowadays, and when retailers go for self-checkout (Lowe's arch-rival Home Depot is big on that) the theft has to increase. But shoplifters do get caught.

What he was allegedly doing is brilliant, because if you steal something like hardware, all you can get by selling it is a fraction of the cost to the retailer. But if you can con the retailer into redeeming it at its retail price, you victimize the store twice. The first time comes when the physical theft occurs, and the store is out whatever it paid for the goods. The second time magnifies the loss to the store, because it gives the thief the markup on the item, an amount of money that was never paid in the first place. That's when it really stings for the store!