As previously reported, La Jolla congressman Scott Peters recently filed a statement with federal campaign regulators saying that he had forgiven $2.25 million in personal loans he made to his campaign committee last year: 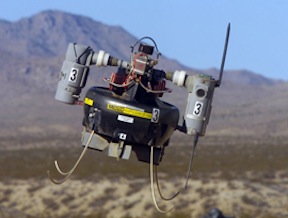 The same is not the case with Peters' fellow Democratic freshman Juan Vargas, whose latest FEC filing for the "Friends of Juan Vargas" federal campaign fund, dated April 9 and covering the first quarter of this year, shows that the candidate is still owed almost $120,000 for personal loans he made to his failed 2006 primary challenge against then-incumbent Bob Filner, since elected mayor of San Diego.

This year's sole contributor to the Vargas fund, according to the filing, has been the Washington, D.C.-based political action committee of drone maker Honeywell International, Inc., which kicked in $2000 on February 19.

Among many other aerospace products, Honeywell makes the T-Hawk drone, which has been used by the Miami, Florida police department for urban surveillance. Of late, the Florida legislature has been considering banning drones in general.

With unique hover-and-stare capability, T-Hawk supports advanced intelligence, surveillance and reconnaissance (ISR) with real-time video documentation. Combat-proven since 2007,the T-Hawk features vertical takeoff and landing. T-Hawk is easy to assemble and can be airborne within 10 minutes.

The Vargas fund's current debts to the congressman date back to June 28, 2005, when Vargas advanced the committee $25,000, with a putative due date of April 12, 2008. As the years went by he lent the campaign committee more funds, with a final loan of $750 dated January 28, 2009, the filing says. None of the loans have been repaid or forgiven by Vargas, according to the accounting.

Another unpaid creditor was listed as the Encinitas accounting firm of Grice Lund & Tarkington, with an outstanding balance of $8698.49

The committee listed $668.37 of total operating expenses, with $1398.60 of cash on hand at the end of the quarter. The biggest expenditure was a $500 fee paid to Beth Herms of San Diego for accounting services.

Vargas's other campaign committee, Vargas for Congress, reported raising a total of $86,404 in the first quarter, its filing shows.