Add another $500 to the list of campaign contributions heretofore undisclosed by the San Diego office of Sheppard Mullin, the giant international law and influence peddling firm that has represented some of the city's biggest industrial, corporate, and hotel interests, including those of Douglas Manchester, the hotel developer and UT San Diego publisher. 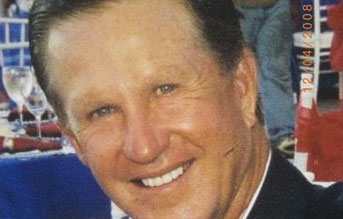 Sheppard Mullin's latest previously undisclosed contribution to the DeMaio cause, according to the revised fourth quarter disclosure report filed this morning and posted online by the San Diego city clerk's office, was $500 made by firm partner Richard Kintz on October 20. According to the firm's website, Kintz is "Chairperson of the Firm's Private Wealth Services Group."

A 1999 item in the San Diego Daily Transcript says Kintz, "a former managing partner of the San Diego office of Brobeck Phleger & Harrison, is an expert in venture capital investments, corporate formation work for emerging businesses, and mergers and acquisitions."

As reported here, Sheppard Mullin previously amended its 2012 lobbying disclosures less than two weeks ago following our post on the firm's campaign contributions and its long ties to Manchester and Superior Court Judge Timothy B. Taylor.

A former Sheppard Mullin lawyer, Taylor was the judge in the case brought by city hotel moguls against San Diego mayor Bob Filner, in an effort to force him to sign a funding deal negotiated by Republican mayor Jerry Sanders, a major beneficiary of campaign cash from the hotel business.

Sheppard Mullin's latest amendment comes amid controversy regarding accusations by Filner of untoward influence by a host of hotel industry donors to members of the city council and city attorney Jan Goldsmith, who has heatedly denounced the charges.

Media accounts of the dispute have included those by UT San Diego and KPBS, the public broadcasting operation run by San Diego State University, which also operates the L. Robert Payne School of Hospitality and Tourism Management.

The SDSU hospitality school has been a major beneficiary of financial support from San Diego's hotel lobby; in June 2005, according to a report by the San Diego Union-Tribune that month, C. Terry Brown - president of Atlas Hotels, Inc., as well as chairman of the board of the hotel marketing district that sued Filner - announced his family-owned firm was making a $1 million contribution to the SDSU hospitality program. 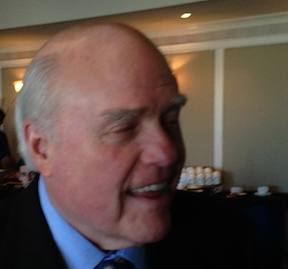 It is the third gift over $1 million to the 5-year-old program, according to the university, which named other major donors as hotelier L. Robert Payne and restaurateur Norman Brinker.

Reports appearing on KPBS and in UT San Diego have taken issue with the mayor's allegations regarding undue influence and the amount of hotel industry contributions to the campaigns of council members and Goldsmith.

The KPBS version of the story was reported Friday by metro reporter Claire Trageser:

What happened is that Filner went on KUSI on Wednesday I believe and said that the City Attorney and Council members were being ‘bought off’ by hoteliers because they were, they had basically made campaign contributions, and he said ‘in tens of thousands of dollars,’ and so he said that the City Council members really shouldn’t actually be voting on this agreement with the Tourism Marketing District because it was a conflict of interest that they had received this money, and the City Attorney said, no, that’s absolutely not true…

So Filner had been saying, you know, they’d received tens of thousands of dollars. And Investigative News Source found that that’s not, not entirely true. Maybe combined total. All of the Council members and the City Attorney have received tens of thousands of dollars. But no one really has received more than $11,000 I believe, and that’s sometimes over the course of two elections, two campaigns. 2008 to 2012. So what he was saying wasn’t really very true.

In their coverage of Filner's allegations, neither contributor names nor their hotel affiliations were specified by UT San Diego, KPBS, and iNewsource, a non-profit corporation that lists KPBS as its "primary partner" on its website and also reported on the controversy.

In order to get around campaign donation limits - as well as to avoid detection in some cases - contributions from related parties are often "bundled" by the primary donors.

The practice is legal as long as the donor is not reimbursed for making the contribution. The family or business relationship between donor and bundler is not legally required to be disclosed.

The practice of bundling by the city's special interests has grown significantly within the last decade. As reported here last week, an example of an unidentified marital relationship of a donor is that of Marc Matys, the spouse of Evans Hotel CFO Robert Gleason, a major player in the industry lawsuit against Filner. Matys matched Gleason's $1040 donation to Democrat Todd Gloria, who has vocally backed the hotel interests in their fight against the mayor.

In addition to his job at Evans Hotels, Inc.,

Thanks KPBS, for minimizing the important TRUTH of the matter: City Council and the City Attorney DO get big campaign contributions "in the tens of thousands of dollars" from local hotel owners. Not individually, just "combined total." Oh, much better.

The hotel guys are locked in mortal combat with Mayor Filner over control of questionable tourism management district (TMD) taxes/fees assessed on hotel guests' bills. Hotel guys wanted lackey Councilmembers to put the squeeze on Filner to release embargoed tourism monies, but the play was aborted by a new agreement between the Mayor and the hotel guys for a shorter time period -- not 39 years! -- and pending a court decision on the legality of setting any tax/fee without a vote of the people.

It is tangled web woven in the complicated world of political campaign finance -- and in accurately reporting it -- here in America's finest city.

Hotels make undocumented contributions in other ways too...

They provide their meeting rooms for fundraisers, at reduced prices or nearly free for favored candidates and causes.

They provide drinks and food for candidate and issue fundraisers, at reduced prices for their political allies.

When it comes to bundling, it's not just the hotel's employees and their family members who are "strongly encouraged" to give, but also their suppliers, lawyers and other service providers, and heads of associated businesses like restaurants and spas.

Filner is not being inaccurate about the amount of money, but you have to know something about how San Diego politics works to be able to trace it properly. The point of making these contributions in shady ways is exactly to avoid scrutiny...and when it comes to most reporters, who don't know how to search the records properly, it works like a dream.

Thanks again Matt Potter for setting the record straight.

what's the link to see how much $$ the local politicians get annually?