The man was running “with a stereo in his hand” and a security guard was chasing him, when Sheriff’s deputy Laura Gomez arrived at the apartment complex before 11 p.m. on July 5.

The deputy said she drew her gun and ordered the man to get on the ground. The suspect dropped the car stereo but hesitated about getting onto the ground until another patrol officer arrived, deputy Gomez said in court today. The security guard told deputy Gomez that he witnessed 20-year-old Carlos Bautista get into a parked car at the apartments, and come back out of the car with a stereo in his hands, deputy Gomez testified today.

The deputy said she was patrolling in Vista that night and had already started towards the Mariposa Apartments for one vehicle burglary call, when another vehicle burglary was reported at that same address.

Judge Robert Kearney noted that Carlos Bautista was out on probation for a prior burglary conviction at the time of the latest incident, and the judge revoked probation before he ordered Bautista held without bail on three new felony charges, including theft with prior for same. The young defendant is next due in San Diego’s North County Superior Courthouse on October 4. 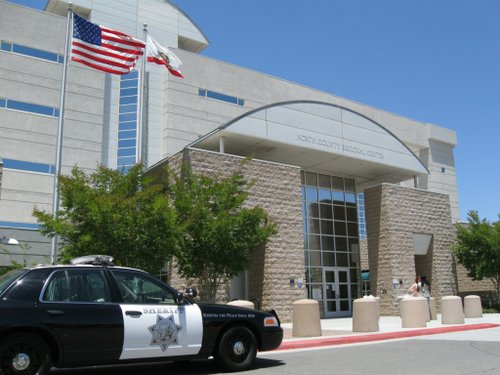