Just a little over one year ago Don Bauder broke the story that Platinum Equity of Beverly Hills was dumping the San Diego Union-Tribune. The buyer: hotelier and GOP stalwart Doug Manchester. 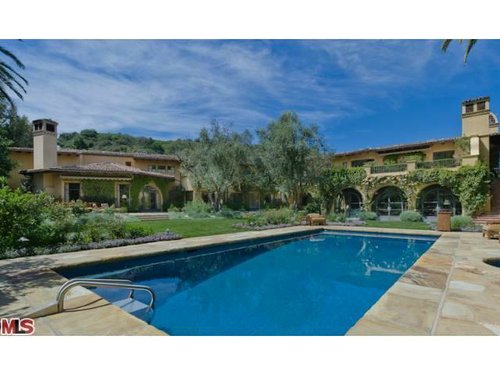 Now comes word via Forbes magazine that Platinum's owner, Tom Gores, has put his over-the-top L.A. estate on the market for a relatively modest $10.75 million.

"So how does a billionaire live?" asks Forbes. "In one word: large! The 11,000 square-foot estate features six bedrooms, eight bathrooms and sits on a double lot within the desired Los Angeles gated community, The Mulholland Estates."

"On its lower level, the estate offers a formal living and dining room, large family room, and gourmet kitchen with large center island and state-of-the-art appliances.

"The downstairs also includes a screening room, wood-paneled library and arched glass doors opening to a grand yard with saltwater pool and spa, along with gazebo with built-in barbecue. Both levels offer state-of-the-art- security and audio/visual systems throughout. 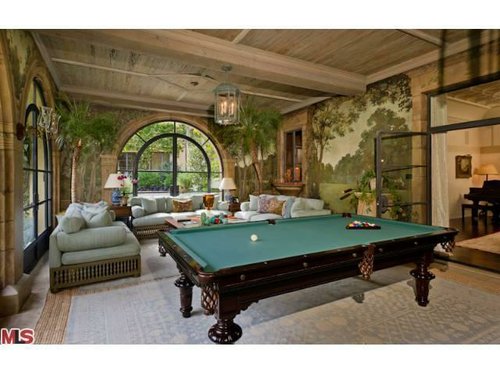 "Gores’ moving trucks won’t have to make a long trek – he’s currently building a massive, billionaire-worthy home in the Holmby Hills area of Beverly Hills…just a few blocks away."

Trulia has the full listing.

Aides to Gores talked a good game when they arrived in San Diego in early 2009 to announce his outfit was buying the Union-Tribune from David Copley, who had inherited the troubled operation from his mother Helen a few years before.

His late uncle Tom Joubran, a controversial night club and grocery store owner in the area, bragged that he had instilled his somewhat eclectic business values in Gores.

Though Platinum said it was in the newspaper business for the long haul, the firm presided over a downsizing at the Union-Tribune, though the Gores firm did beef up the paper's art department and brought in an aggressive new publisher, who quickly departed after Manchester took over the operation. 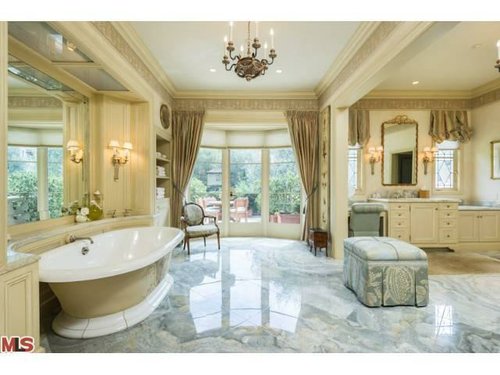 So where's the toilet in that bathroom? Or does he just go outside in the bushes?