The U.S. Dept of State warns to take caution when traveling to parts of Baja

The U.S. Department of State released an updated travel warning, state by state, for the nation of Mexico on November 20th, 2012. While the travel warning for Baja California is not as stern as the previous one, caution is still recommended for travelers, especially at night.

The warning goes on to say that Mexicali has seen an increase in murders and that Tijuana is still dealing with a fairly large number itself. The issue does go on to state that the vast majority are related to narcotics trafficking.

Despite the warnings, overall crime has steadily dropped in Tijuana in recent years. The city dropped out of most lists for most dangerous cities in the world in 2011.

*Baja California (north): Tijuana and Mexicali are major cities/travel destinations in the state of Baja California -see attached map to identify their exact locations: You should exercise caution in the northern state of Baja California, particularly at night. For the one-year period ending July 2012, the number of murders in Mexicali increased by 43%, from 127 to 181, over the preceding year. The number of murders in the city of Tijuana was 351 for the same period. In the majority of these cases, the killings appeared to be related to narcotics trafficking. Targeted TCO assassinations continue to take place in Baja California. Turf battles between criminal groups resulted in assassinations in areas of Tijuana frequented by U.S. citizens. Shooting incidents, in which innocent bystanders have been injured, have occurred during daylight hours. Twenty-five U.S. citizens were the victims of homicide in the state in the 12-month period ending July 2012.

Baja California (South): Cabo San Lucas and La Paz are major cities/travel destinations in the state of SouthernBaja California -see attached map to identify its exact location: No advisory is in effect.* 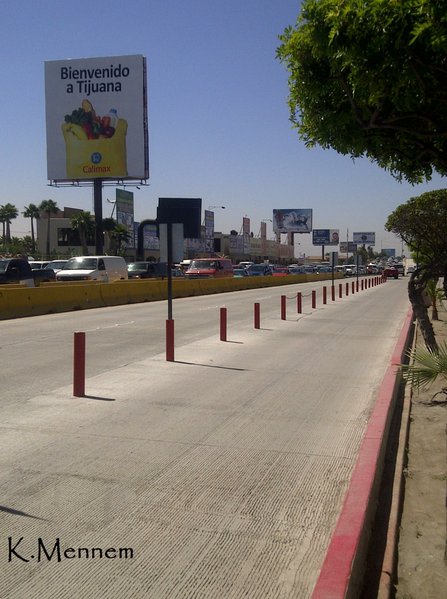 Know what? I'll just err (if you can call it that) on the side of caution and not visit Baja at all. And I have a hunch that many, many Gringos are taking the same cautionary approach, which would explain the collapse of the tourist traps in the larger Baja cities. Going there, if you are being honest, was never all that compelling, despite the many "bargains" that one could find. Once the place is really cleaned up, and that's truly hard to imagine, it might be a good spot to visit again. That would mean no more phony currency conversion, no more getting short-changed when you buy gasoline or diesel, no more poisonous street tacos, no more shakedowns by traffic cops, and no more pickpockets. That's a lot to ask for in Baja, and would render the place almost unrecognizable to many old hands. But the old hands are not keeping it afloat

I hear that. Most of my buddies who were die-hard Baja freaks have totally cooled it in terms of going down there.

No more honky-tonkin in TJ'; no more runs to Puerto Nuevo for lobster; no more cruisin' down to Ensenada to see what the fishing boats are bringing in; no more camping trips down the Gulf of California coast. Everyone has gone nervous, worried they might get robbed, shot, or whatever. Personally, I think it's tragic.

Mexico used to be nothing but a good time. I used to love dragging friends down to the Ring by the Sea and arguing about the cultural significance and importance of bullfighting. Now, I can't get anyone to go.

I read, often in this very venue, that people are going down there all the time with no problems. I see multi-cultural/multi-national music and art festivals happening down there and hear of no serious problems. I believe the usual "Baja Runs" with cars, bikes, and runners have continued in spite of what appears in the papers.

Personally, I think Americans are over-reacting to the dangers. By not going down there and patronizing the businesses we contribute to the poverty. Impoverished people do things they would otherwise never do, and so the circle goes on.

I hope things change and change fast. The Mexican people are totally cool and do not deserve the problems the cartels and others have caused them.

All part of Obamas secret conspiracy to keep US dollars in the US. If they want our money they are gonna have to bring their dirty, filthy drugs up here to get it.