“I find that, frankly, kind of insulting,” Judge Maino said.

This stopped the attorney who was suggesting that the judge had already made up his mind, before the end of the hearing today.

A San Diego Superior Court judge heard arguments this morning on whether to release sealed search warrants connected to a high-profile murder case, for which news media have filed motions trying to gain access.

Louis Ray Perez, 45, and Jessica Lynn Lopez, 25, and Dorothy GraceMarie Maraglino, 37, have all pleaded not guilty to the murder of Brittany Dawn Killgore, 22. The body of Killgore was found three days after she went missing, after law enforcement reported she was last seen in the company of Louis Ray Perez on April 13 2012. The case has special notoriety because Killgore was the wife of a Marine who was deployed overseas, and suspect Louis Perez was an active duty Marine living in San Diego County at the time of the alleged murder.

Prosecutor Patrick Espinoza told the judge it would be “premature and ill-advised” for the court to allow access to the search warrants, and said the court “should take a protective role” against “intrusive media.”

The media’s attorney, Guylyn Cummins, stated that the public wants to know, and media outlets desire to “report accurately, what goes on in law enforcement.”

Judge Maino ruled that he would “redact” or hide certain information, such as witnesses’ names, inside three particular documents, and then he would make those three, redacted documents available to news outlets at the end of next week. Judge Maino said the information in those three documents was basically the same information that was spread out over 20 different warrants which he inspected.

Unless a successful appeal is filed by the DA’s office or the three defense attorneys representing the defendants in the murder case, the documents are expected to be released by 5 p.m. Thursday July 5, according to statements in court today. 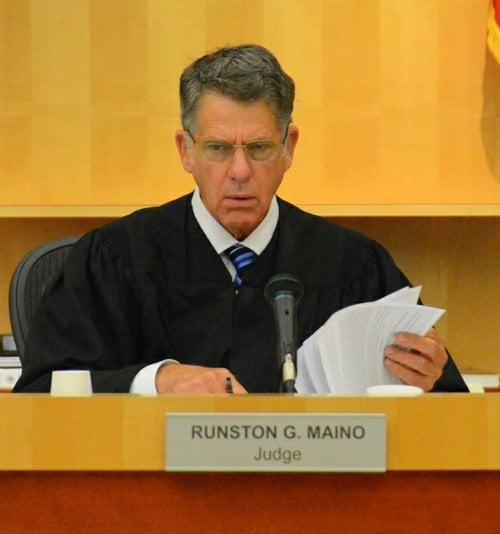 Louis Ray Perez is represented by defense attorney Jeff Reichert. Attorney Reichert has joined with the media's attorney and asked the judge to allow access to the heretofore sealed documents. Attorney Reichert has previously said he believes that certain papers, particularly one document sometimes described as a "suicide note," would "exonerate" his client. Photo by Bob Weatherston. Posted by Eva Knott. 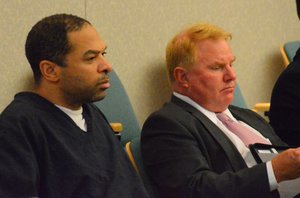 Public defender Sloan Ostbye represents the first person charged with murder in the case, Jessica Lynn Lopez. Defender Ostbye argued against opening any sealed documents, saying that "the judge's main goal is to ensure a fair trial." She told the court that national media have expressed interest in this case, including Nancy Grace and 48 Hours, and that releasing more information "puts more chum in the water." Attorney Ostbye also said that publicity would cause witnesses -- who might be favorable to her case -- to not come forward because they don't want to become "part of the media circus." Photo by Bob Weatherston. Posted by Eva Knott. 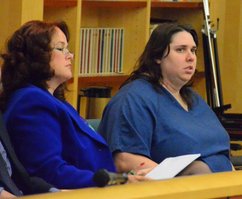 Defense attorney Sean Leslie argued that the court should "err on the side of caution" and keep all the search warrants and their information-rich affidavits "sealed." His client, Dorothy Gracemarie Maraglino, joins her two co-defendants in pleading not-guilty to murder. Photo by Bob Weatherston. Posted by Eva Knott. 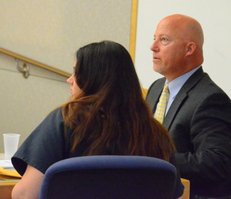 Attorney Guylyn Cummins specializes in media cases. She filed papers asking courts to intervene for immediate public access to sealed search warrants and related documents on June 8 2012. She argued that society has an understandable interest in the operation of the criminal justice system and law enforcement, and that the public and the media have a presumptive right of access to judicial proceedings and records. Guylyn Cummins appeared to win her argument in a San Diego Superior Court this morning. Photo by Bob Weatherston. 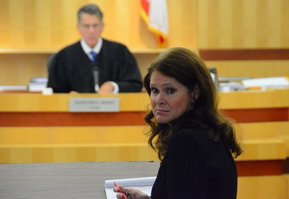 The BS put into most search warrants is pure fiction, and the reason is b/c the DA investigators or police are never held accountable for the flat out lies and fabrications.

“I find that, frankly, kind of insulting,” Judge Maino said.

This stopped the attorney who was suggesting that the judge had already made up his mind, before the end of the hearing today.

It was deputy district attorney Patrick Espinoza who vigorously argued his side, and suggested the court may have already made its decision, when that line of thought was interrupted. Posted by Eva Knott.