Most recently the young woman, only 23 years old, has been charged with fifteen felonies related to retail thefts.

Criminal history for Truong is documented since she was a juvenile in 2007, when she was first prosecuted for theft. The next year, in 2008, she got three separate theft convictions. In 2009 she got three more, one while out on bail. In June 2011 Truong was convicted of two more felonies, listed as “burglaries” of retail stores.

In past paperwork, Truong listed her home address on Westonhill Drive in the Mira Mesa area.

Superior Court Judge Harry Powazek has ordered the young woman held without bail as she awaits trial for her most recent charges, including one felony grand theft.

In case she is released from custody, Nhu Quynh Truong has been ordered to stay away from a list of stores, including: Camilla’s Women’s and Men’s Clothing, Surf Ride, Adventure16, Sun Diego, Tobi Blatt, Francesca’s, and Bath & Body Works.

Truong’s private defense attorney has requested that a psychologist be allowed access to the young felon while she is housed in Las Colinas women’s jail in Santee.

Nhu Quynh Truong is next due in San Diego’s North County Superior Courthouse on August 20. 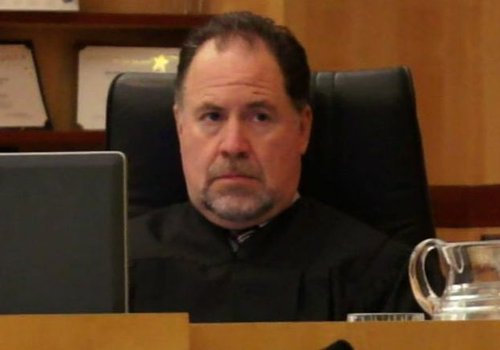 Everyone is entitled to bail Judge Powazek, including persistent shoplifters. She obviously has some sort of mental instability. Having said that she is probably better off in the can while her case goes through the system.

To get shoplifting up to the felony level requires some doing. The last time I heard of anyone going to trial for a felony involving shoplifting was Winona Ryder, the actress. That got a huge amount of publicity, and it was never clear if part of it was intended to re-energize her flagging acting career.

The felony part of Ryder's prosecution wasn't for shoplifting.She was arrested for shop lifting but ended up being charged with grand theft and possessing pharmaceutical drugs without a prescription. The drug charges were dropped and she was convicted of felony grand theft and vandalism but the felony convictions were reduced to misdemeanors after she serves her 480 hours of community service.

Shoplifting charges can be felony if it ia grand theft-the limit was anything over $400 was GT-don't know what he limit is today. Shoplifting with priors can also be elevated to a felony, those are called "wobblers" b/c they can be charged as either misdemeanors or felonies...

Winona Ryder was charged with felony shoplifting and NOT allowed to plea bargain to a lessor charge b/c she was a name, a celeb, anyone else and it would have been a misdemeanor plea deal with probation and fine. Same thing happened to paris Hilton, she was not allowed to leave jail early b/c she was a celeb. She did like a month when the average time in LA County is only 2%-10% of actual sentence.