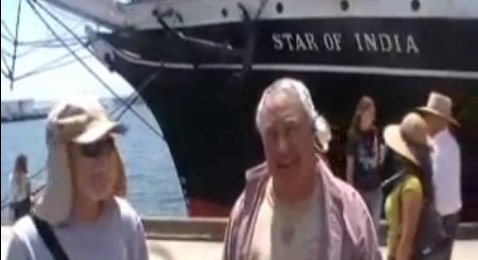 Port to Discuss Vendors Along Bay

Some vendors selling their art and jewelery at small stands along San Diego Bay are accusing Harbor Police officers of harassment and of violating their First Amendment rights. They claim officers are picking on individual stands while allowing others to operate.

"How can they justify selective enforcement of the law," said one artist on a YouTube video who was busted by Harbor Police for setting up a small jewelery stand in front of the Star Of India. "We don't have prices, we accept donations. Why would they hit us and no one else?"

In response, officials from the Port of San Diego announced that they will be holding two public meetings to discuss the laws that "regulate entertainers, performers and commercial activities on the waterfront along San Diego Bay."

According to the announcement, port officials are looking to revise the ordinances that cover for-profit and non-profit vendors (Sections 8.02, 8.04, and 8.05) to make them more straightforward and easier to comply with.

Staff members from the port will attend the meetings. The first will be at 4 p.m. on September 28 at the Port Administration Building. While the Port is regulating unicyclists and clowns, also jewelry vendors, how about dilapidated news-stands? I wonder how many Port Commissioners actually go there to look at it.