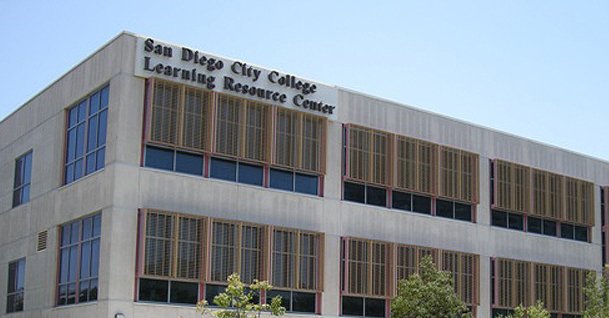 Tighter Times Ahead for California's Colleges

California Community Colleges and the California State University system are bracing for another round of cuts this winter. The college systems’ budgets, already reduced $400 million and $650 million respectively for the fiscal year, face deeper cuts of roughly $100 million each.

The budget signed at the end of June by Governor Brown calls for the 112 community colleges serving about 2 ¾ million Californians to increase tuition to $46 per unit if the budget triggers are reached. Fees per unit currently stand at $36, already up from $26 for the 2010-2011 school year. Chancellor Jack Scott said that he hoped to avoid implementing any further tuition increases until fall of 2012, but acknowledged schools could face a reduced class catalog in the spring and potentially the elimination of summer school. The San Diego Community College District, serving about 100,000 students, already eliminated most summer school courses last year.

CSU Chancellor Charles Reed also said in a media conference call that he wanted to avoid midyear tuition hikes, noting that year-over-year, fees for Cal State’s 412,000 students are already up 20%.

For the first time, the total amount that University of California students pay in tuition this year will surpass the funding the prestigious public university receives from the state. It is a historic shift for the UC system and part of a national trend that is changing the nature of public higher education.

Propelled by budget crises in California and elsewhere, the burden of paying for education at a public college or university, once heavily subsidized by taxpayers, is shifting to students and their families.

We still have the money, except it has now been hijacked away from higehr education and students and into the pockets of the prison guards and other public employees.

Not sure where your information comes from, but according to the 2011-2012 budget thet Brown signed, expenditures for Higher Educations are slated at about $10.737 billion and the CDRC budget is about $9.768 billion.I believe the total budget is just under $86 billion, so you can do the math on the percentages.

I am looking at the current budget-and I need to research the stats, but it looks like I was correct about the prisons but wrong on Higher Education which had a 17% cut of the budget 30+ years ago-and took a huge hit. Off on Higher Ed, but on the money on prisons.

The CA prison budget-as stated- was 3% of general fund revenue in 1976 and 11% today-which was almost 400% more than prison expenditures in 1976, while Higher education si at just 8.3%, bad news anyway you slice it;

"But other than that, only one part of the budget has experienced any significant growth at all in the last 30 years, and that has been a doozy: from accounting for a bit more that 3% of the budget in 1976, Corrections now accounts for nearly 11%."

I think this passage sums up my thought sin the original posts;

"California used to spend about six times as much on higher education as on corrections, and now it spends roughly the same amount for both. In short, I don’t know how you can read this chart and come away with any other explanation than that we’re gutting our universities to pay for prisons. And that trend is continuing."

It's the prison guards salary & pensions!

It's the prison guards salary & pensions!

====== Yes, of course it is. They have no become a "donor" class, where they shower a million or two on elected officials and receive a billion or two BACK in higher compensation.

Donor classes have to be put into check.

Every pendulum eventually reaches its maximum deflection, but as in most analogies, the ticking drowns out the licking. Prisons are the ultimate in "out-sourcing," and that Giant Sucking Sound is a silent killer of liberty--outside the walls as well as within the razor-wire wherein the psychos guardedly draw blood and treasure from a wider and wider population of miscreants.