La Mesa Mayor Art Madrid has again outdistanced other city council members in travel for the first half of fiscal year 2012-2013 with just under $5,000 expended. The list of expenses was provided by the La Mesa City Clerk. The locations include Boston, Massachusetts and the luxurious Ahwahnee Lodge in Yosemite Valley California.

The La Mesa Citizen Oversight Group maintains a Junket Watch list on it’s web site for the City of La Mesa and other local agencies. Like us on face book. 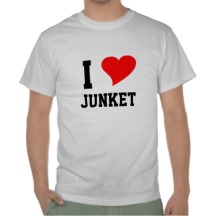