The second annual ComicFest is running through October 6 at the Town and Country Resort Hotel and Convention Center. 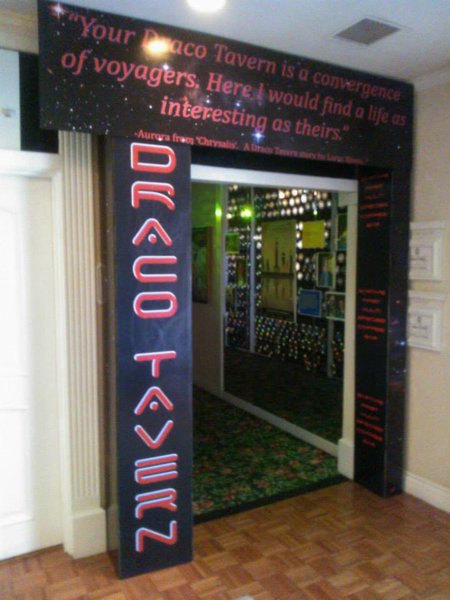 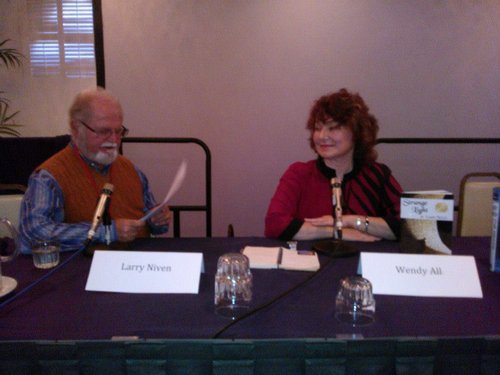 Niven will be appearing on various panels, as well as manning his own display booth where he's signing copies of his books and comic books featuring his work, including the locally-published Deepest Dimension Terror Anthology from Hillcrest's Revolutionary Comics studio. 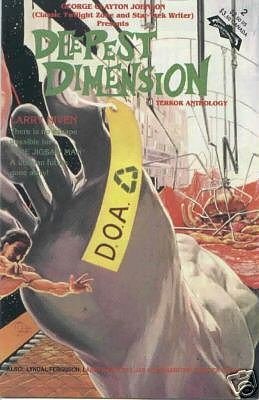 Local comic artist Billy Martinez will be doing live art demonstrations, and also appearing is local artist Mike Miller, best known for DC’s Injustice: Gods Among Us (#1 selling digital comic in the world) and the cover artist for the graphic novel edition of A Game of Thrones. 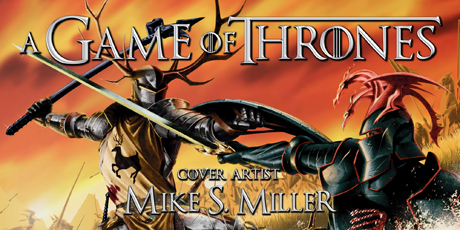 Another famed local at the show is special effects artist Phil Tippett, best known for his work on the Star Wars franchise. 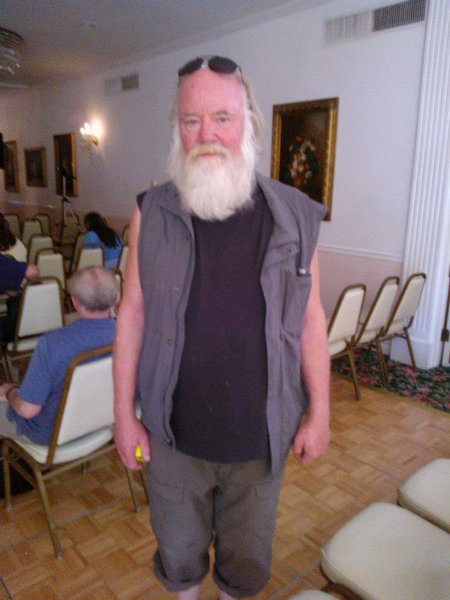 You can find a complete programming schedule at http://www.sdcomicfest.org/programming/ 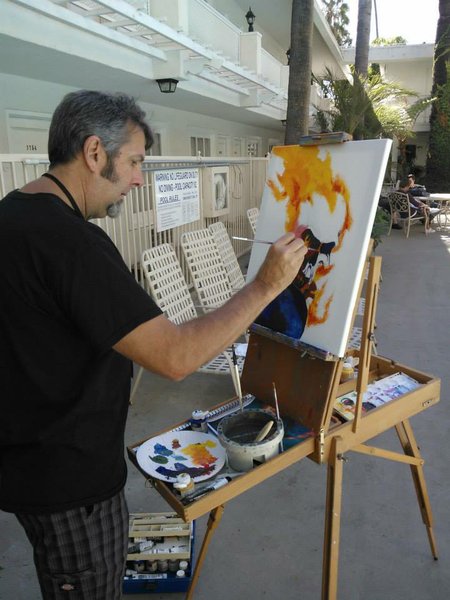 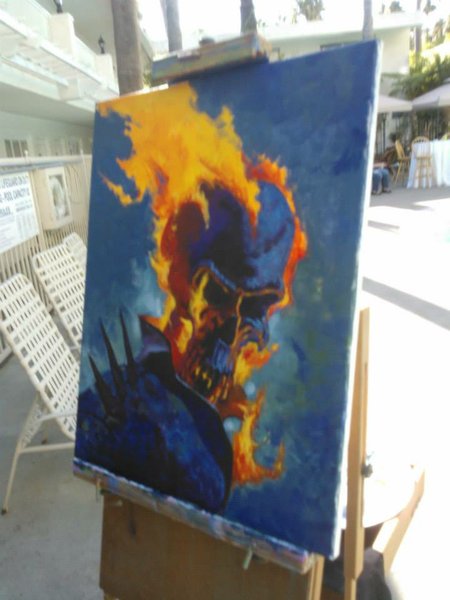 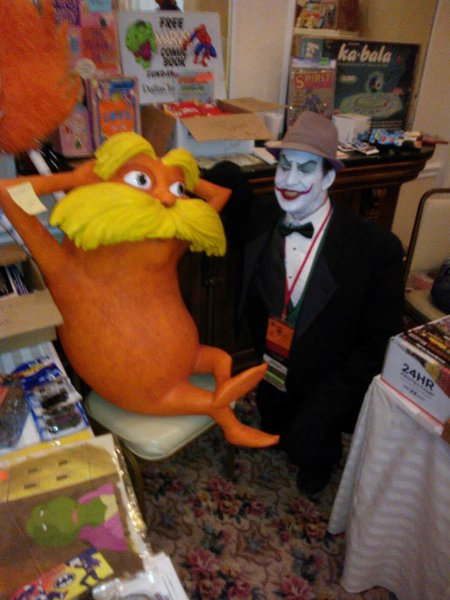 Lorax VS Joker: "So you think global warming is nothing but a big killing joke, eh?" 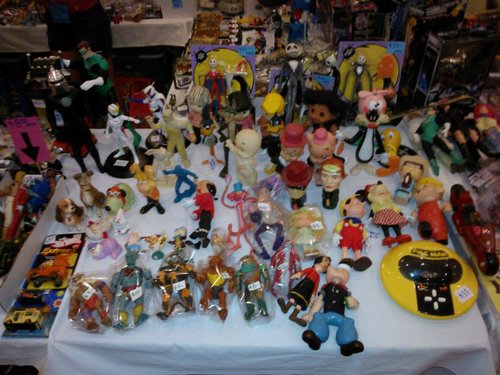 Old toys that only very big kids can afford now. 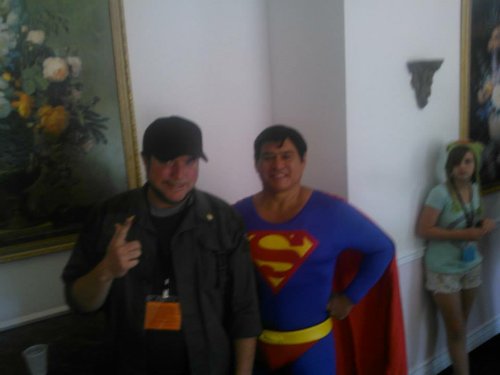 Cast members of the upcoming TV series Two and a Half Supermen. 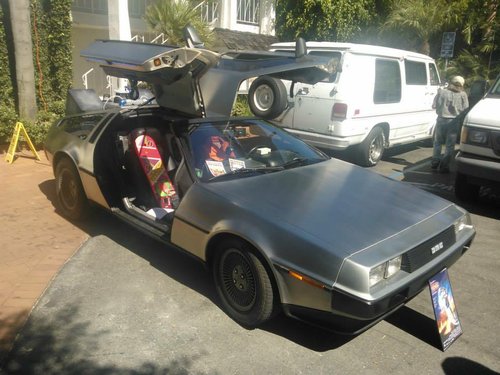 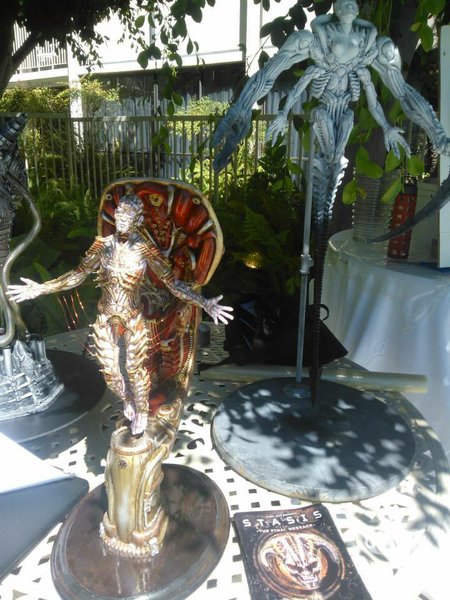 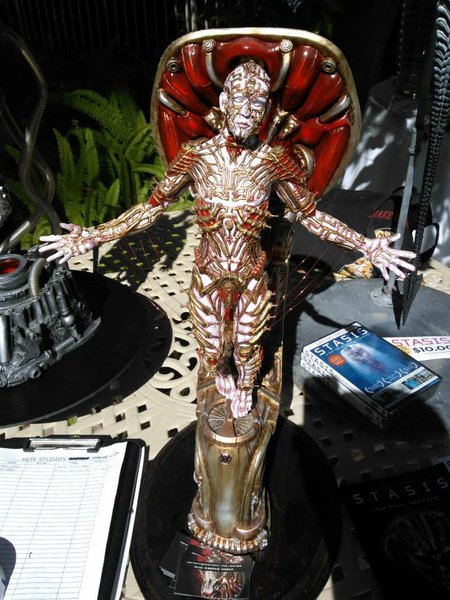 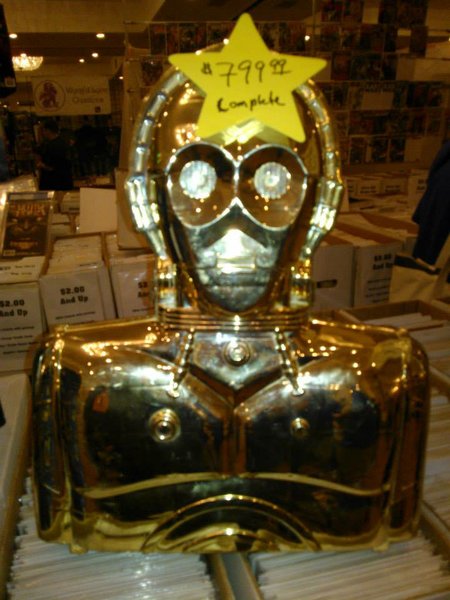 That's pretty cheap, considering you can plug an electric guitar into his nipple! 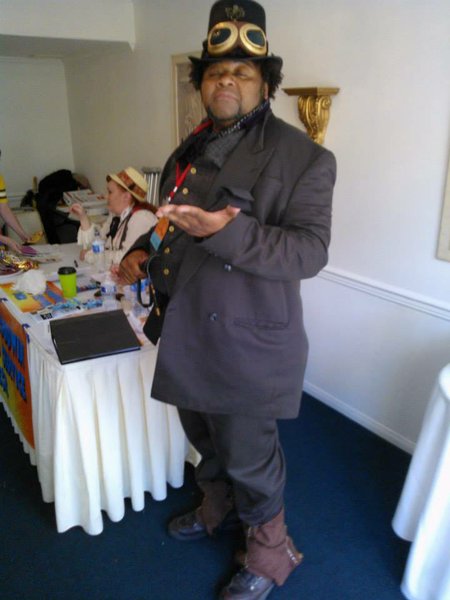 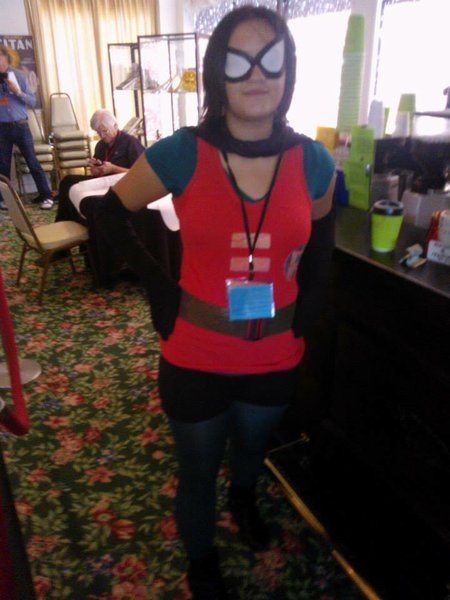 With such an opaque mask, that Robin must be blind as a bat! 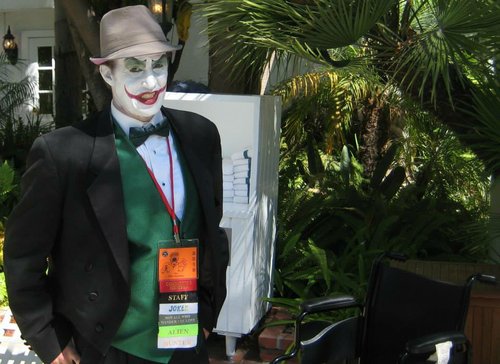 If he makes one more joke about putting Batgirl in a wheelchair... 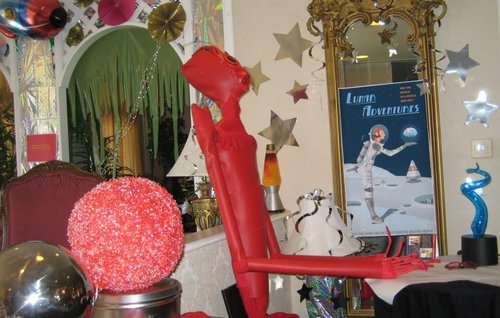 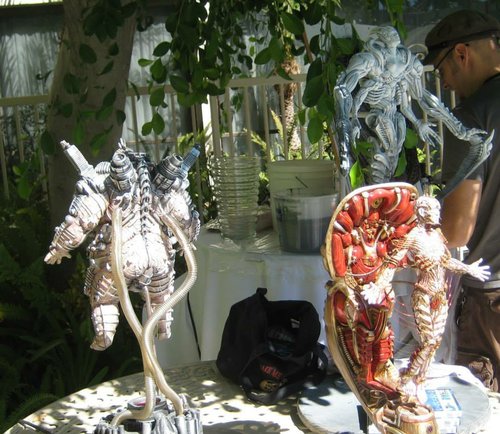 To think it all started with an old Aurora model kit... 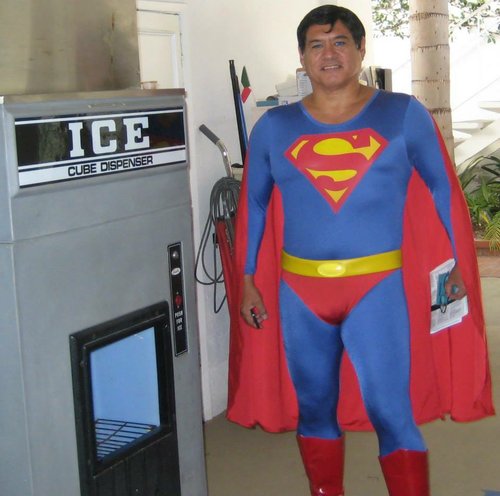 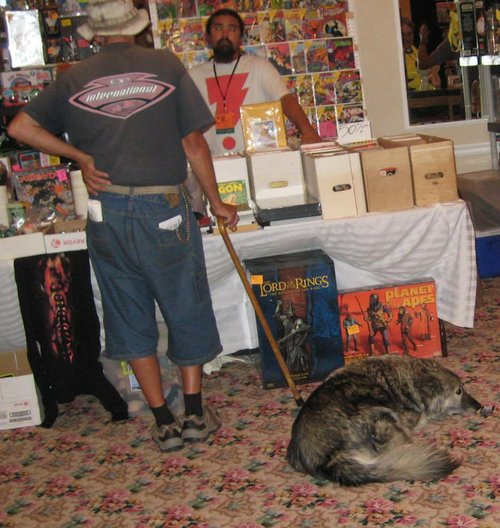 One of these attendees is really pissed off at the lack of Lassie and Scooby Doo memorabilia. 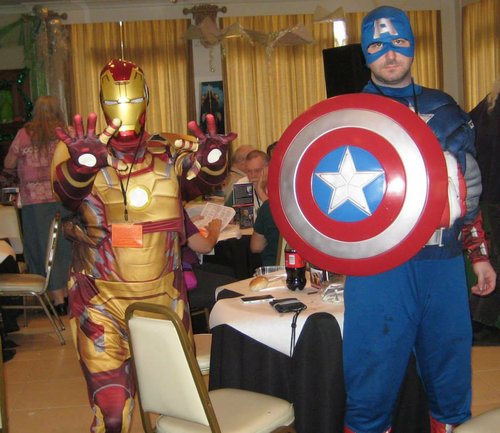 Together, they're the Iron Americans! 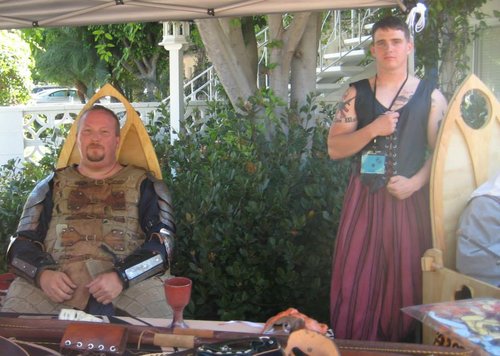 In the Kingdom of Terre Neuve, they use giant Ouija Board pointers for chairs. 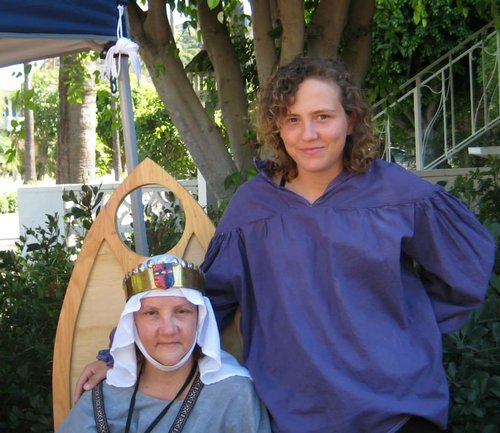 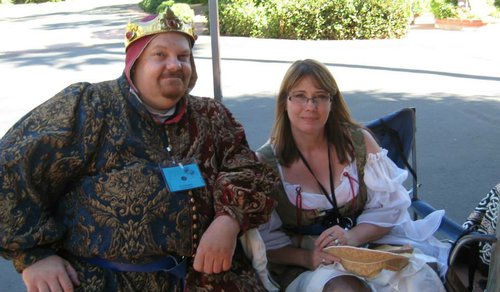 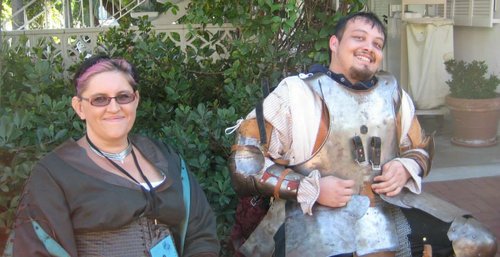 You know you're in good hands when your guy has nipple buckles. 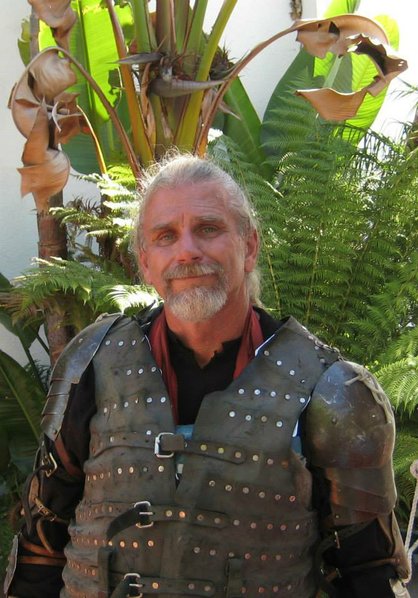 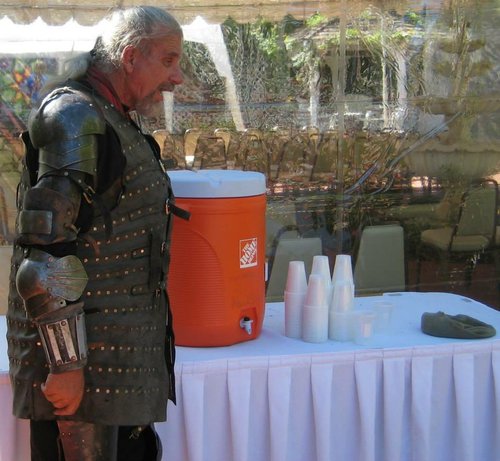 "I KNEW that buffet chicken tasted like shoe leather!" 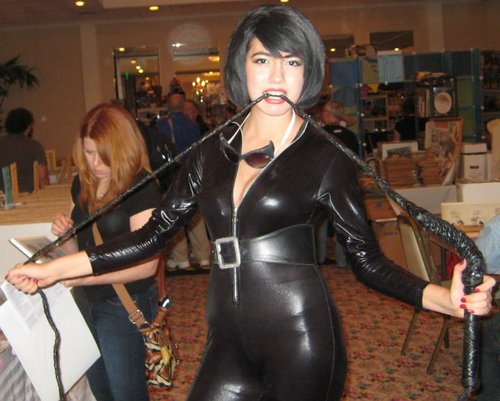 What San Diego comic event would be complete without a booth staffed by local kink emporium The Crypt! 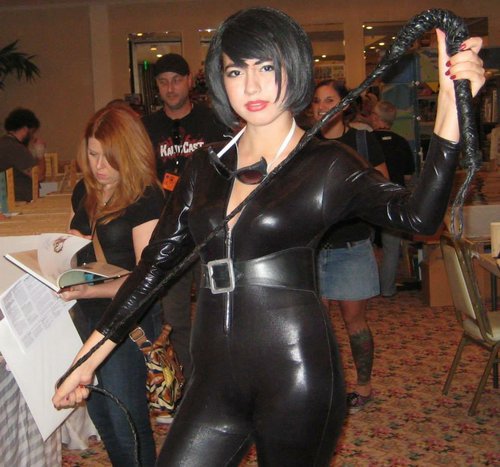