On the menu: saving jazz

Loving local music and local food: "not a sausage fest."

"This is a dinner party. I want people to understand that." LJ Livingston is on the phone to talk about her coming benefit banquet/concert affair Loving Local Music and Local Food.

"This is not a sausage fest."

Livingston is hard at work on her second such event, a benefit gig intended to support the future of jazz in San Diego. She boils it down to the raw ingredients of the experience: "You get to eat on a dock surrounded by music and by the bay."

Both Livingston and her husband Brent are jazz lovers. They named their two young daughters after jazz greats Ella Fitzgerald and Pearl Bailey. Barometer check: do she and Brent favor trad and straight-ahead jazz, or, do they like smooth jazz? "Not so much the smooth jazz," she says.

"We've been Jazz 88 members for a long time. When the Sheriff's Department gave Brent a bonus for being a great employee, he gave it to Jazz 88." Why the gift? Because Livingston fears the potential loss of the public-supported radio station for lack of cash flow.

"You can look on their web site and see that they have less and less to work with each year."

The larger ideas, she says, came later. "I thought, why don't we host a fundraising dinner for Jazz 88 and raise some money?" And so they did, and the take for the City College radio station amounted to $3,500 dollars.

"I have to think outside the box on a lot of this. Jazz 88 has a set format, and I told them I don't want to do it that way. I've never seen them try to bring new people in, especially with food. A lot of the ideas Jazz 88 came back with I turned down. I said, no, if that's your m/o, okay, but I want to do something different."

Livingston is single-handed in pulling off the event. "I can get tables and people organized. I got kids. Moms can do anything." That said, she admits to the uphill battle she faces at every turn of the way. "I can't tell you how many people say, hey, sounds like a wonderful event, but I don't like jazz."

Is Livingston beating a dead horse in trying to keep straight ahead jazz going? Music industry surveys say that as little as two percent of the active public listen to that genre any more. "If I am, I am. And if so, my ignorance is bliss, because my bliss is music. And even if I write a check for only $100 dollars, it's not a failure, because it's my time, and my time is what I have to give." 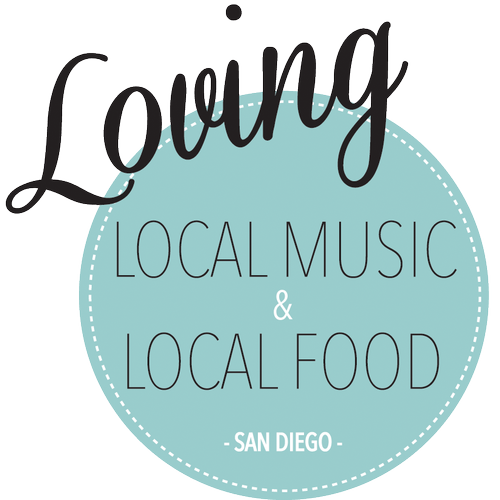 We look forward to meeting a great group of dinner guests this year!

LJ is one of the hardest working people in the farm to table movement, in that she is constantly spreading the word about it and her passion is palpable. She introduced me to Edible San Diego and they are also involved. This is an extremely worthy cause as music is disappearing from schools and jazz, whether you enjoy it or not, is a VERY American based genre!

I couldn't have said it better, Mercy. LJ has a passion for music and food. Her unique personality brings together diverse people and interests to make a fabulous event.

Thank you Impapa - I hope you are buying tickets and we'll have a swinging good time together.