Desert Daze Music and Art Festival recently released the full lineup for their second annual party, to be held on Saturday, April 20 at Sunset Ranch, “a beautiful desert oasis set against a backdrop of purple mountains and miles of palm trees” in the town of Mecca, CA – located about 25 minutes southeast of Indio near the Salton Sea.

“The energy of last year's 11-day marathon of music will be condensed into one explosive day of music, art and overnight camping, immediately followed by a Moon Block Tour of the SW (to Austin Psych Fest & back),” the press release reads.

“Currently there are still a number of on and off-site camping, tent and RV options available.

“Additionally, Brown Paper Tickets, ‘the fair-trade ticketing company,’ will be donating a portion of the proceeds from the festival itself and donate it to the charity of the ticket purchaser’s choice.”

Last year’s inaugural Desert Daze was an eleven-day psychedelic bonanza held in the town of Desert Hot Springs, about 30 miles from the dual weekend festivities of Coachella Valley Music and Arts Festival. 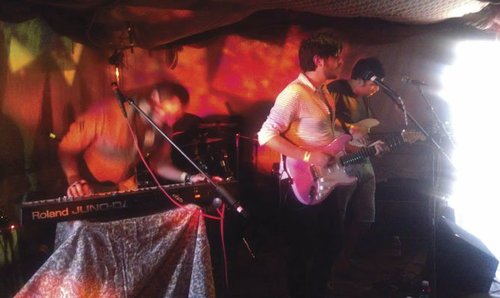 “We were asked to throw some Coachella parties,” Phil Pirrone, a Desert Daze organizer with the Pomona-based Moon Block Party collective, told the Reader last May.

“We decided, let’s just go for it and do every single day. It was like boot camp, man. Everyone on our crew is a musician or an artist, and we have experience, but by no means are we productions veterans, so we learned it as we went. This was a whole new form of education and I feel we pulled it off. There was a certain energy there that you don’t find at some of these bigger, more corporatized, cookie-cutter events. Ours was a little more handmade.”

The DIY bash was a hit, filling the 400-person capacity Dillon Roadhouse both weekends. 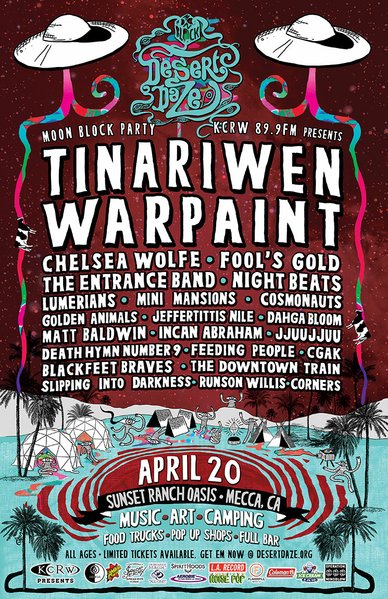