Slipknot and Velvet Revolver aren't saying nice things about him either...

“Stone Temple Pilots have announced they have officially terminated Scott Weiland,” according to a statement issued from the band’s management.

Stone Temple Pilots came together when Scott Weiland met New Jersey-born bass player Robert DeLeo at a 1986 Black Flag concert in Long Beach. The two Point Loma residents found they were dating the same woman but, rather than fight, they decided to form a band and ended up living together in the woman’s San Diego apartment after she moved to Texas. DeLeo’s brother Dean joined on guitar and Eric Kretz (who was born in Santa Cruz — as was Weiland — but was also living in San Diego at the time) became their drummer.

In their San Diego days (from 1987 through 1990, when they moved to Los Angeles), they called themselves Mighty Joe Young. Bandmembers have claimed the STP motor oil logo inspired them to change their name to Stone Temple Pilots, because they could get STP stickers for free at gas stations and use them as promotional giveaways (rumors that the STP motor company filed a lawsuit over the band’s initials appear to be unfounded). After being signed to Atlantic Records in 1992, their first album, Core, brought fame, fortune and, in the case of drummer Eric Kretz, an acrimonious and expensive divorce.

In a 1994 Rolling Stone poll, STP was voted Worst New Band by critics, and Best New Band by readers. The same year, STP’s song “Plush” won a “Best Hard Rock Performance” Grammy. All five of the band’s studio albums have earned either gold or platinum certification. Weiland’s 1996 arrest for possession of heroin and cocaine derailed the band for awhile. During a band hiatus from 1997 to 1999, Weiland released a solo album and the others formed a temporary band, Talk Show.

The band split in 2003, with Dean and Robert DeLeo forming Army of Anyone with Filter singer Richard Patrick and drummer Ray Luzier (who went on to join Korn). STP drummer Eric Kretz founded his own Bomb Shelter studio and worked as music supervisor of the Henry Rollins Show. 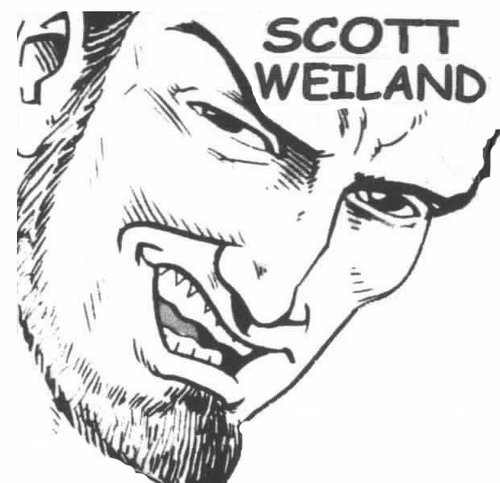 VR canceled a planned Australia tour as well. Shortly after resuming their tour schedule, Weiland announced onstage that Velvet Revolver was through. The band rebutted that they would stay together, with a new lead singer.

After coming across the DeLeo brothers at a 2007 beach party, Weiland began talking to them about an STP reunion. The result was a 2008 reunion tour and a 2010 self-titled album produced with help from Don Was. The album came out on Atlantic Records, despite the fact that the label had sued over breach-of-contract issues, when the band first announced its plans to reunite and record withOUT Atlantic. Released in May, 2010, it debuted at number two on the Billboard album charts.

Weiland released a holiday single in 2009, “Have Yourself a Merry Little Christmas.” Later in 2010, he announced a solo Christmas album is in the works (it didn't come out until 2011). His autobiography Not Dead & Not For Sale was released on May 17, 2011, via the Simon & Schuster imprint Scribner.

The first STP tour of Australia and New Zealand kicked off in March 2011 at Challenge Stadium in Perth, and then the DeLeo brothers joined Steven Tyler to song “Dream On” on the season finale of American Idol.

In summer 2011, audiences were booing Weiland solo shows again. The Wall Street Journal declared his Gramercy Theatre show a disaster, with Weiland hitting the stage 90 minutes later than scheduled, to a “vocally unpleasant” crowd. Around the same time, he told Classic Rock Magazine that a reunion with Velvet Revolver was a possibility. “We patched things up and we get along. I see them every now and again, we text each other and, you know, we can never say never. Who knows, maybe we’ll do some shows some time.”

In late 2011, Weiland released his long-delayed Christmas album (originally set for 2010) The Most Wonderful Time of the Year (Rhino Records), featuring an array of styles from big band swing to reggae to bossa nova.

Slipknot singer Corey Taylor called Weiland “a lazy piece of sh#t” and ridiculed the holiday full-length during a November 28, 2011 concert. “Do you know that Scott Weiland has a Christmas album now? Oh, it’s bad. It’s bad. Let me f#cking explain to you how bad it is. There is a video online of him singing...his hair is all slicked back and he’s in his f#cking sh#tty tuxedo.”

In early 2012, two unreleased 2010 STP videos for their song “Cinnamon” surfaced online, shot for the third single from their latest full-length, one directed by Aggressive (Alex Topaller and Dan Shapiro) and the other by Dennis Roberts. Neither clip was ever officially released. Their first concert DVD, Alive in the Windy City, dropped June 26, 2012, featuring a March 2010 show filmed in Chicago.

As for their next album, Weiland told Billboard “They usually start before me, just getting some rough ideas together and then putting rough ideas down on ProTools with no lyrics and no melody.”

STP angered fans in Abbotsford, British Columbia Canada on September 17, 2012, after they appeared 105 minutes late for a show, delivered a short set, and then cancelled the following night’s performance with no explanation.

Then, “I think it’s the perfect time for Velvet Revolver to get back together,” Weiland told Rolling Stone. “I am completely open to it, and I know there are other guys in the band that are completely open to it. There have been some things that have stood in the way that aren’t anything that have to do with the band.”

His claims of a pending Revolver reunion were shot down by guitarist Slash, however, who recently told Classic Rock magazine “None of us have a clue what he’s talking about...we’re not buying it. The door’s shut on this side and it’s probably shut on that side too, so he’s on his own. And he deserves it, too.” 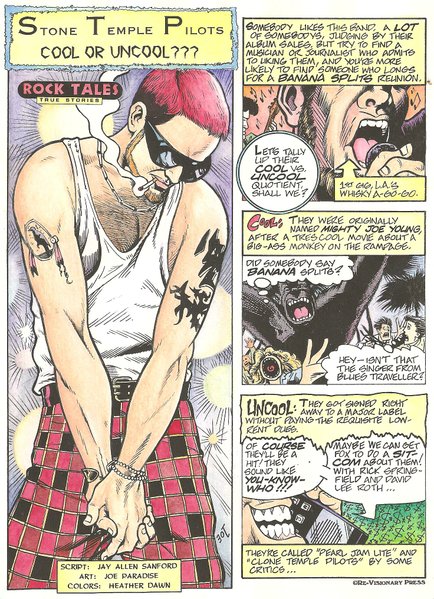 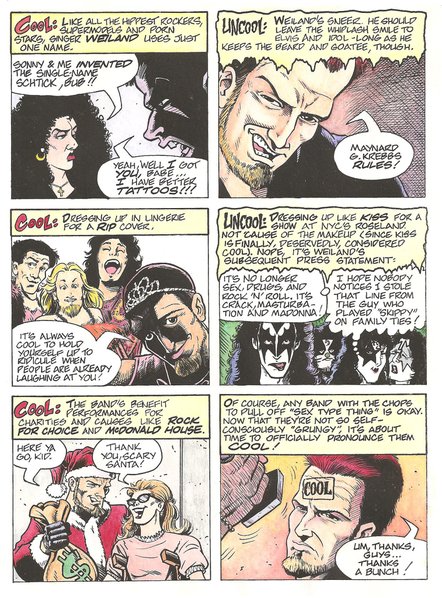 Scott's getting married soon for the third time. I guess now he does not have to worry about work interfering with his upcoming wedding plans.

Update: Weiland issued this statement in response - "I learned of my supposed 'termination' from Stone Temple Pilots this morning by reading about it in the press. Not sure how I can be 'terminated' from a band that I founded, fronted, and co-wrote many of its biggest hits, but that's something for the lawyers to figure out...In the meantime, I'm looking forward to seeing all of my fans on my solo tour which starts this Friday."

I heard an interview with Slash a couple of months ago in which he said that he was told that Weiland had been booted from STP back then. Guess your point of view depends on who owns the name.