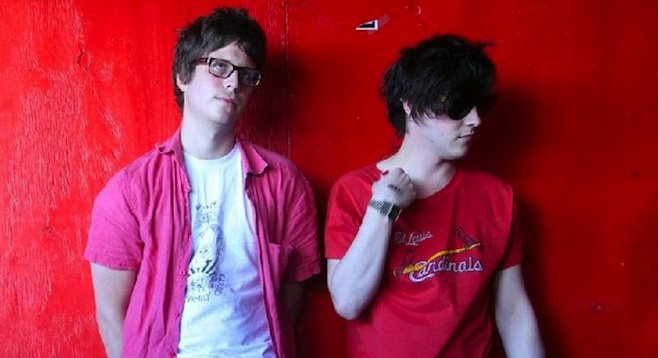 Williams and Pope, aka Wavves, lean on demons to battle fear of heights

A new single, “Demon to Lean On,” off the upcoming Wavves full-length Afraid of Heights — recorded with producer John Hill (Rihanna, Santigold) and due March 26 via Mom + Pop/Warner Bros — is streaming online. Another new song and its accompanying video, “Sail To The Sun,” directed by Black//Doctor (Chris Black and MisterDoctor), is also easily found on multiple websites.

A record release show happens March 21 at the Casbah, with FIDLAR and Cheatahs also on the bill. 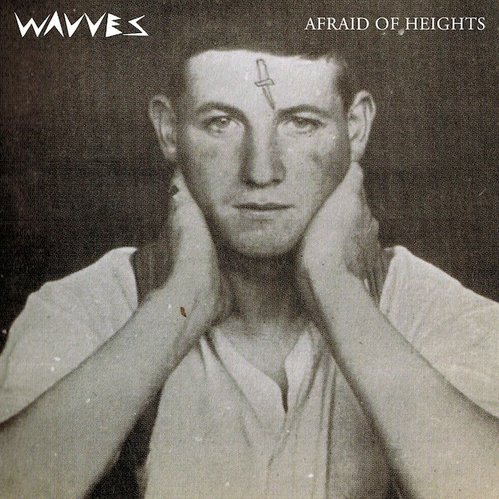 Now a duo consisting of guitarist Nathan Williams and bassist Stephen Pope, Wavves created Afraid Of Heights with absolutely no label involvement, a specter said (by the band) to have nearly derailed their previous release King Of The Beach. Working with producer John Hill (known for his work with M.I.A., Nas, and Wu-Tang Clan), Williams paid for them out-of-pocket.

"In doing so," says Williams, "I had no one to answer to. We recorded the songs how and when we wanted, without anybody interfering, and that's how it's supposed to be."

Lyrically, Williams took the focus less off of his own melancholy and out into the world, with songs that deal with topics like crooked preachers ("Sail To The Sun"), relationships ("Dog") and killing cops ("Cop").

"The general theme of the record is depression and anxiety, being death-obsessed and paranoid of impending doom. I feel like the narration is almost schizophrenic if you listen front to back; every word is important, even the constant contradictions and lack of self-worth. That's all a part of this record, questioning everything, not because I'm curious, but because I'm paranoid."

Wavves started out as a one-man band brainstormed by Nathan Williams, a former Music Trader manager who had dropped out of college, lost his job, and was living in his parents’ house. His early band Fantastic Magic included Heavy Hawaii frontman Matt Barajas.

His debut lo-fi album as Wavves was recorded on a laptop computer in his parents’ garage, on the trial version of Garage Band with a Macbook routed through an internal mic.

Williams became a record label signee in early 2009 at the age of 22. Posting songs for free on his blog Ghost Ramp earned him much internet buzz, as well as multiple slots at the 2009 SXSW music festival in Austin, Texas.

MTV.com listed Wavves’ March 8 SXSW performance at Red 7 among its Top 10 South By Southwest 2009 Moments. His album Wavvves on Fat Possum Records earned an 8.1 rating at hipness arbiter Pitchfork.com. In late April '09, despite having played his first gig less than six months ago, Williams was booked to open for 311 at the West Palm Beach SunFest.

A subsequent European festival was canceled, after Williams had a very public meltdown onstage in Barcelona, Spain, seemingly covered on just about every music blog and entertainment 'zine on the planet. Williams blamed the freakout on "too much drink and drugs."

In mid-September 2009, Williams was quoted in the Denver Decider saying, "Generally speaking, it's wretched playing shows in San Diego. The people think they're too cool to move around, they don't come out if it's not a party, and there aren't enough places to play besides bars, which is a real bummer...but Wavves happened, and I think it sort of shed a light on San Diego."

Asked if he's planning to stick around S.D., he says, "I'm moving to L.A. next month. I've had plans to leave San Diego for longer than I can remember, so it's about time that I finally do it."

In 2010, with Williams now living in L.A., Wavves released King of the Beach, written and recorded with new bandmates Stephen Pope (bass) and Billy Hayes (drums), both formerly of Jay Reatard's band. The album was produced by Dennis Herring (Modest Mouse, Counting Crows).

In summer 2010, Williams called Walt Disney a Nazi at a show at New York City's Bowery Ballroom, announcing he'd just been "mildly sued" by the Walt Disney Company over a song called "Mickey Mouse" on his band's latest album. "Walt Disney was a Nazi," Williams said. "You go [to Disney World], you feel Nazi vibes. It's disgusting!" Wavves agreed to replace the rodent-themed track on all future album pressings with an unreleased B-side.

The band was cited “Worst Performance” of the Labor Day 2010 weekend FYF Fest in L.A. by the O.C. Weekly. According to the paper, “At times, one of them was struggling to get a steady signal flowing through his amplifier while at others a loud buzzing noise emitted from the speakers. These snafus led to lots of stalling and inane between-song banter.”

Near the end of 2010, an Australian tour was announced for March 2011, alongside the band Bleeding Knees Club, including dates in Golden Plains, Brisbane, Sydney, Perth, and Melbourne. The Golden Plains show was to feature Hawkwind, Belle & Sebastian, Joanna Newsom, and the Hold Steady.

“[I was] arrested in Germany by a guy w/a Metallica patch on his Polizei jacket. Out on bail fresh out of jail Munich dreamin’ #ridethelightning,” tweeted Williams on November 20, 2010. He later posted on a website “We got stopped at a roadside check and I had six bags [presumably of pot] in the car and they only found one – the fucking dogs never work. I bet it’s high from all the fumes. Anyways, they put me in a cell which was a little nerve-wracking. More so because I was an American in a German jail and not because I have long gay hair.”

As of January 2011, the band was Nathan Williams, bassist Stephen Pope (Jay Reatard), and drummer Jacob Cooper (The Mae Shi, Signals). That month, Wavves and Best Coast hit Soma to kick off their co-headlining tour, on which they sold a split seven inch exclusive to the tour. Williams and his girl Bethany Cosentino (of Best Coast) dubbed their joint winter outing, presented by SPIN and MTV, as the Summer is Forever tour. On April 16, 2011 -- Record Store Day -- Wavves appeared on a new split single “Thorns,” with a flipside track by Sacramento’s Trash Talk.

In June 2011, they played the Northside Festival, along with the reunited Guided by Voices, as well as the 2011 Bonnaroo festival in Tennessee. In August, Williams appeared on Fuel TV to perform alongside Wu-Tang master beat-maker, the GZA.

Williams also signed on as a guest composer on a new MTV show called I Just Want My Pants Back. The series, produced by director Doug Liman (Swingers, the Bourne Identity), features the song “I Wanna Meet Dave Grohl,” from the 6-song Wavves EP Life Sux, the first release from Williams' Ghost Ramp label.

Released in September 2011, Life Sux includes collaborations with girlfriend Bethany Cosentino (Best Coast) and Damian Abraham, from Canadian punkers Fucked Up. Says Williams, “If you hate yourself and other people, you might like our record.”

A new Wavves and Kynan Williams remix of “Wack But Good People” by Gift of Gab (Blackalicious) began streaming on SoundCloud in early 2012. Following that, an Australian tour ran through Melbourne, Sydney, and Adelaide before wrapping up May 18 in Perth.

After playing multiple shows at this year's SXSW music fest in Austin between March 12 and 16, Wavves will hit the road for a tour that wraps in in L.A. on April 21.