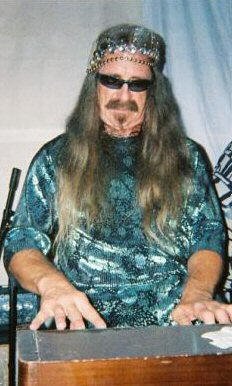 It's been nearly a year since Joey Harris and the Mentals keyboard player Mighty Joe Longa went under the knife to remove extensive cancer in his abdomen. Scheduled to complete chemotherapy this June, Joe's recovery has been a long and erratic one.

"The side-effects of Joe's chemotherapy have made it difficult for Joe to get out of the house for extended periods," says Harris, "but he was able to record with the Mentals on the song 'Triple Digit Outlaw,' to be released this summer by Lost Ark Studio. I was told he got home after the session and slept for 18 hours straight."

Veteran musicians Jack Pinney and John Gunderson of the band Modern Rhythm are organizing a benefit concert to help raise money for Longa's expenses. Scheduled be held at the Moose Lodge in Spring Valley, the event happens Sunday June 10, from 2 to 8 pm.

Intended as a family event, all ages are welcome. Moose Lodge #1713 features a large hall, horseshoe pits, and play structures for toddlers. Soft drinks and burgers and hot dogs for the big kids, and a full bar for the grownups. Ticket price is $15 and there are plans to raffle off items including a guitar donated by Moze Guitars of La Mesa.

The artist line up will include Robin Henkel and his band, joined by Billy Watson. Modern Rhythm will perform, as will Scottie Blinn's new band Black Market III, who will also back Tomcat Courtney.

According to Joey Harris, "The afternoon will get weirder and most assuredly louder when the Farmers merge with the Mentals for a double bill like nothing San Diego has ever witnessed. Both bands will perform simultaneously on the Moose Lodge stage. Two drummers, two bass players, four guitar players and as many vocalists. Mojo Nixon and Jim Mcinnes, sportin' a pretty wicked brain surgery scar, will perform and MC as the mood strikes them."

Information on purchasing tickets can be found at www.mightyjoelonga.com. 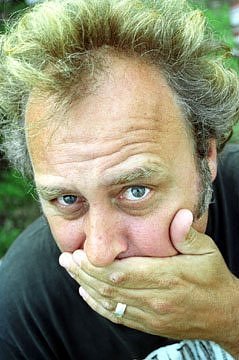 In other Joey Harris news, "It's been a couple months since I joined Laura Jane Wilcock's seven piece rock 'n' soul band the Tighten Ups and things are cookin' right along. I have co-written some new songs with Laura Jane and the band are learning some of my tunes. My song 'Ridin' was made for a horn section!"

Harris says not to worry about the Mentals slowing down. "The Tighten Ups are a wonderful side job for me, but the Mentals are my main men. Salty as ever and getting a little more twisted as we go along, with Mojo Nixon sitting in for Mighty Joe."

One of the more unexpected happenings planned for the near future is a one-time reunion of the Fingers. 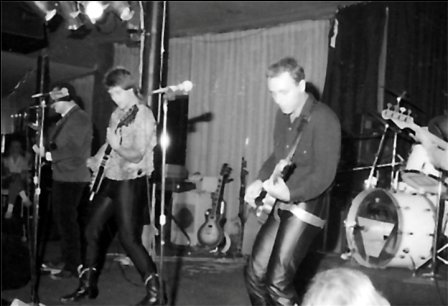 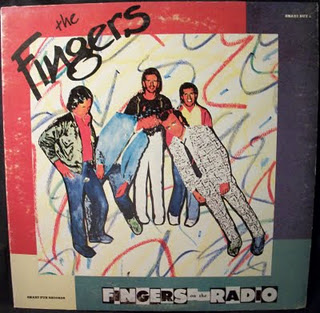 According to Harris, “The Fingers stood out from other bands of the time, with three lead singer/songwriter/guitarists. More pop than punk, the Fingers tunes showcased melodic songwriting and three part harmony, but the band’s secret weapon was now legendary guitar master, Billy Thompson, spraying the stages of so.cal with a barrage of fully automatic guitar blasts.”