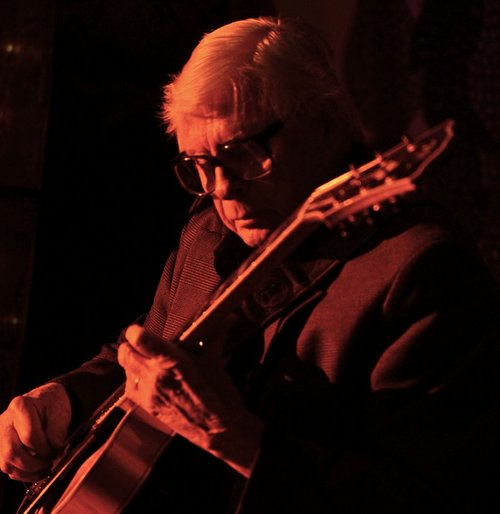 KSDS Jazz 88 kicks off the summer Jazz Live concert series with a show that invokes a history-in-the-making sense of gravitas.

Legendary guitarist Mundell Lowe will be returning to the Saville Theatre on May 15 with a special quartet featuring two superb LA musicians, keyboardist Bill Cunliffe and guitarist Ron Eschete along with SD drum guru Jim Plank.

Lowe will be exploring the classic organ-group sound made famous by people like Jimmy Smith and Jack McDuff back in the '50s and '60s.

Even though Lowe just turned 90 last month, his storied career memories still have lots of surprises. Over the phone the guitarist remembered having gigged with the iconic organist Smith, back around the time that Kenny Burrell was in the group.

That inspired a series of questions about some of Lowe's highlight associations. The man played with Charlie Parker, Billie Holliday, Lester Young, Benny Goodman and Charles Mingus, and that's just the tip of the iceberg for him.

Lowe grew up in Mississippi, left for New Orleans at the age of 16, and gigged with various bands until he was drafted into the Army in 1943.

He reported for his work assignment at Fort McPherson, where he remembers, "This fat desk sergeant from Arkansas was interviewing me. I informed him that I was a professional working guitarist, and was hoping to be assigned to the military band somewhere. Meanwhile, he's flipping through some book, and announced that there weren't any "gee-tar" jobs in the Army. I got sent to the Engineering Corp instead."

Upon his release in 1945, Lowe headed to New York and the rest is history.

I asked him about the notoriously volatile bassist/bandleader Charles Mingus.

"We were friends," Lowe recalled. "I never had any problems with Charles. He was a really brilliant guy. He was like other stars I played with, Buddy Rich, or Mel Torme, or Ray Brown. I let them do the leading, and everything flowed from there."

Next Tuesday, Cunliffe, who is primarily known as a pianist, will helm the Hammond B-3 organ, negating the need for a bassist. Lowe heard Cunliffe and Eschete doing an organ trio thing at an LA club, and decided that he would like to revisit that groove for this concert.

What is it like to be creating music in your 90s?

"I have to be somewhat careful about who I play with, because I have so many specific harmonic references, but I find if I pick the right people, I can just hear what they're doing and everything flows."

"Flow" is probably the perfect descriptor for the remarkably agile Lowe. Experience it for yourself. The concert begins at 8 p.m. It also streams live on the internet at jazz88.org.