Fifty Years of "Wipe Out": A Surfaris Retrospective

"Wipe Out" has a life of its own. I don't have to do anything." That's the word from Bob Berryhill, who checks in by phone during a Surfaris tour stop on Hawaii, this nearly 50 years after he co-wrote the song. "The Surfaris aren't remembered so much," he says, "but everybody knows "Wipe Out." It's a beautiful feeling. The song just keeps going."

"Wipe Out," essentially a throwaway instrumental recorded by four Orange County teens sold over one million copies -- huge numbers in the day. It became the most famous of surf tunes and actually charted twice on the Hot 100 - once in 1963 (#2) and again in 1966 (#16.) But perhaps most important, "Wipe Out" set fire to a new and emerging style of music that featured loud spring-loaded guitars and tribal drumming.

Today, we call it surf rock.

Surf rock was born in Southern California in the early 1960s. At first, it was simple guitar-and-sax driven dance music. Duane Eddy and The Ventures were the pioneers of such instrumental rock, but it was Dick Dale who put surf rock over the top and on the charts with "Let's Go Trippin'" in 1961. Soon after, the Beach Boys would add their complex vocal harmonies and melodic extensions to the mix.

For a brief time surf dominated the air waves. But it was about fashion as much as music and it impacted everything from language to clothing, even hair cuts well into the middle 1960s.

"California surf had its own style and its own lingo. If you weren't hip to all the words you had to figure out what's a grommet? What's a hodad?" To this day, Berryhill still surfs. But when the Surfaris were new, everyone wore board shorts and Converse high-tops or Jack Purcells. We called them 'smileys.' No one had even heard of Beatle boots yet.

That was all about to change.

On February 9, 1964, the Beatles made history when they appeared on a television variety show hosted by an entertainer named Ed Sullivan. This would constitute the launch of the so-called British Invasion, a time in American pop culture that saw a sharp rise in the popularity of all things British rock and a rapid decline in instrumental surf rock. The Stones, Dave Clark Five, and the Animals pushed the Bel Airs, the Chantays, and the Challengers to the sidelines and eventually out of existence.

But Berryhill says it wasn't just the British Invasion that obliterated California's main contribution to pop music. He says it was the assassination of President John Kennedy in November 1963. "It wasn't until after Kennedy was shot," he says, "that the idea came to life that music could have a deeper meaning that just pop."

It was all about a drum solo. If anything, Ron Wilson's opening salvo on the toms made "Wipe Out" radiate with a force like no one had ever heard before the song came along. Chris Anderson (The Ballad Mongers) remembers it well because he played it in the sixth grade.

"That was THE rock drum solo until "Toad" and "In-A-Gadda-Da-Vida" brought a new perspective."

I forget the name of the band now, but Anderson had brought me in to play alto sax after Herbert Lepor's dad forbade him to play such music. We learned one song, "Wipe Out." The melody was simple. We nailed it, even though we were pushing 12 years old and our chops were limited. That was one of the distinct beauties of surf rock: it was a simple music that almost anyone could play.

"The six-grade band was you on sax," Anderson emails, "Rick Millican on lead guitar, Dale Haas on rhythm, Rod Angus on bass, and me on drums."

As such, we had formed the band for a talent show at Henry Clay Elementary. The school principal was a strapping woman named Wanda Jackson. She shot skeet on her days off. Shotguns were her hobby and possibly the source of her main malady: she was hard-of-hearing.

On the day of the talent show, Anderson recalls the pandemonium in the school auditorium. "I wish we had pictures."

We went on last. Wanda Jackson rose to the mic and introduced our band as as the White Belts.

"No," Anderson yelled from the back of the stage, seated at his blue sparkle-tone drums, ready to deliver The Drum Solo. "That's the song. It's called Wipe Out!"

Television personality Morton Downey Jr. claimed more than once that he wrote "Wipe Out." He did not. The true story is this: sometime during the winter of 1962, Bob Berryhill, Pat Connolly, Jim Fuller and Ron Wilson, all teens, went out to Pal Recording Studios in Cucamonga, California and recorded "Surfer Joe." This was a song born of a dream that Wilson had. It was also the only original they knew.

But the record needed a B side and the four had to stay until they came up with something. The pressure was on. After some jamming they recorded "Wipe Out" in three takes. Over time it proved to be the bigger hit. Berryhill's parents had coughed up the fee for the recording session. The record was released both as a single and also on the Dot Records Wipe Out/Surfer Joe album in 1963.

When the Surfaris next play in San Diego, Swarmius, the avant-electronica brainchild of SDSU-based composer and laptop artist Joseph Waters will be on the bill. Waters was recently commissioned by Orchestra Nova conductor Jung-Ho Pak to compose a multi-media joint titled "Surf." Waters' group Swarmius, a band of classically trained virtuosos delivered the goods in performance with Orchestra Nova. Bob Berryhill was in the audience for one of those performances.

"Now I'm gearing up for the July gig at Belly Up with the Sufaris that resulted from that meeting," says Waters.

But fifty years is a long stretch. How many times does Berryhill estimate he's performed "Wipe Out" over the last half-century? "Half a million." He laughs. "Sometimes, two or three times a day."

The original group disbanded by 1966. For a time, Jim Fuller traveled with his own franchise of the Surfaris. Berryhill, who actually owns the band name, still plays 20 to 30 dates a year as the Surfaris, now with his wife on bass and their sons filling in. Berryhill is now a retired teacher. "I taught automotive electronics at Fullerton College." What of the other original members? Jim Pash and Ron Wilson are dead. In fact, I saw Jim Pash's Selmer tenor sax offered for sale recently on eBay. The asking price? Thirteen grand, fair for a vintage Mark VI.

And Jim Fuller? "As far as I know," Berryhill says, "he is still very ill. He's not expected to ever play music again, but miracles happen." 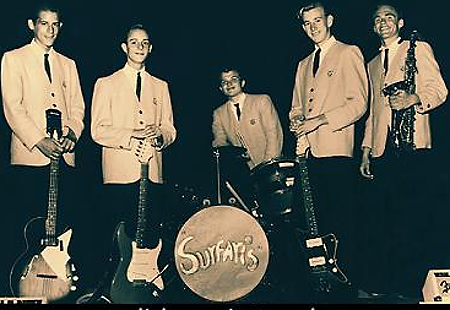 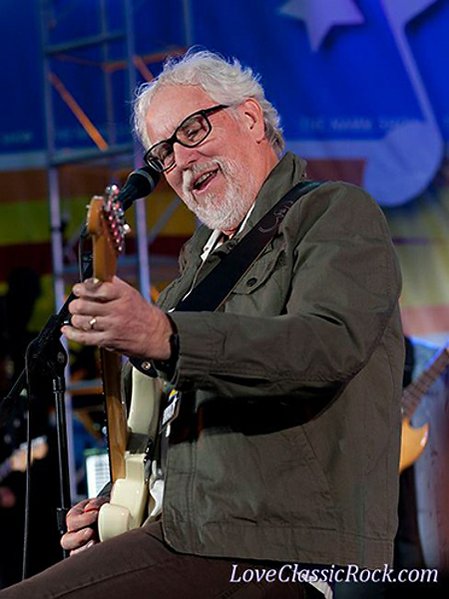 Thanks Spartacusious!!! It's an honor for us and a blast to open at the Belly Up for The Surfaris - they are great folks and the chemistry between the bands just works! Maybe it's the shared love of virtuoso instrumental pyrotechniques...

I have some late breaking news that I am totally psyched about - namely SWARMIUS will be joined on stage with our new partners the Hausmann String Quartet. They will be electrified & will join us for three tunes ("Vampire Haus", "Dark Orpheus" and world premier of "Electric Blood" - which I've been pulling a string of all-nighters the last couple weeks getting ready! The new band is called The SWARMIUS-HAUSMANN Project.

IIt's gonna be a blast and hope you can make it!!!