Does this mean Satan is now booking Linda Vista's Brick by Brick? 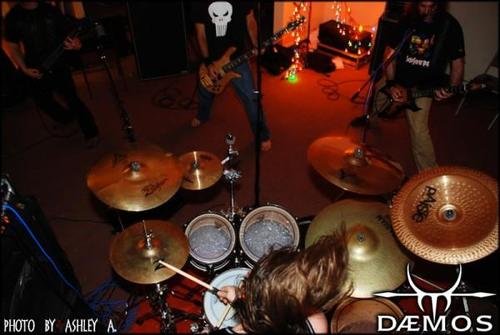 The group has been haunting San Diego venues since the early '90s, as well as landing slots opening for Judas Priest at L.A.'s House of Blues and for Testament at the Whisky a Go-Go. Guest appearances on local radio stations like KIOZ and San Francisco 's KSJO have elevated interest in the band's website, Daemos.com, which claims to receive over 275,000 hits annually.

They independently released an EP entitled Dying God in 1998 and followed it up with the full length Facing Down in 2002. 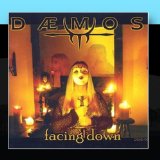 The group theorizes that attaching themselves to projects with big-name headliners will reflect some of that fame back on them, which explains their repeated presence performing cover versions on tribute albums like Megaded (Megadeth songs, with Daemos playing “Looking Down the Cross”) and SuperCharger Hell (on which they do a cover of White Zombie’s “SuperCharger Heaven”).

Guitarist and vocalist Eric Nunes says “Basically, my take on music is that any music style can be good if the musicians like what they are doing. That’s not to say that everyone can play well. But those that can and stick to their heart are great in my book. One thing that really pisses me off is a band that is obviously writing and playing music to become rich and/or famous. It makes the rest of us look bad. Plus, if you try to play something that you don’t like, it will never sound good. I’m all for having influences. That’s great, but you need to grow away from those influences and let your own unique style come through.”

Nunes says the band was never interested in getting signed to a record deal. “The record labels will come around once they see people digging your music. And at that point you can either tell them to fuck off or give you the freedom you deserve.”

Daemos has apparently said “fuck off” fairly often as they remained, after well over a decade, unsigned. Bassist Jason St. Aubin was later replaced by Matan Chaffee. 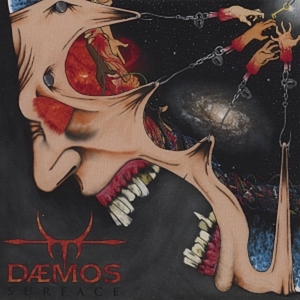 Their next EP Surface was released in 2007. Says singer/guitarist Victor Baddour, “With the digital age, it is better to release songs on a smaller scale. Releasing music this way gives people something to look forward to with less waiting time in between. It’s also a different way of doing things, and we wanted to stand out.”

Daemos will be playing a rare local show February 2 at Brick by Brick, on a bill that also includes Dumest Animals, On Decent, and Mojave Green.