“Our music is like sex on a beach on a warm night with perfect head high waves and off shore winds," according to Jet West singer-guitarist Chris Warner. "You know, that sound that makes you just want to hang another couple days and loose yourself.” 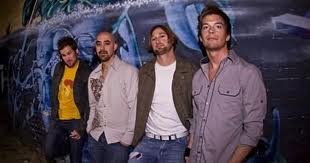 Drummer Derek Potter (who was a contestant on the Price Is Right in 2009) elaborates. “We each come from an array of different influences but, in essence, we play rock music that soothes the soul. We like to create a type of upbeat and dance driven euphoric escape for our fans.”

The band's summer Back Roads tour of CA, WA, OR, and AZ (including the August 17 Seattle HempFest) will wrap up at Winstons in OB on September 7, followed by a September 8 set at the Boar's Crossn.

Jet West took flight in spring 2009, when Warner (who says he failed out of Chico State College, though he later graduated from CSU Dominguez Hills) and Floquet (Pyschoactive) partnered up to play house parties and charity events. The band also includes bassist Deren Schneider (the Tigersharks).

Warner -- who gave up an $80,000-a-year job to pursue music full time -- describes an early misfire for the band. “We played a show at one of our local favorite spots in OB, Winstons, in full snowboard gear to try something new. This was the worst idea ever as we all almost passed out from heat stroke. Our fans like to drink and buy us shots, so wearing three layers of snowboarding gear and jumping all around the stage was the worst decision we ever made.” 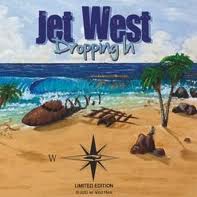 The band released a three-song demo CD in 2009, followed in 2010 by a full album, Dropping In. “The album title is based on where our band is currently in the music industry,” says Warner. “We understand that we are just ‘dropping in’ with our debut album, just as we love to drop down waves from San Diego to Mexico.”

“The cover art by Trevor Dawson is based on the notion that sometimes you want to Jet West and head somewhere closer to where the sun sets. In our album cover art, we portray this in an island setting.”

Jet West’s first music video, for their song “Sunday,” was filmed at locales in Pacific Beach, Mission Beach, and Ocean Beach. “Not until the past couple years have I really appreciated that day,” says Floquet. “Sunday used to be the day before school or work, loaded with a curfew, which hindered my ability to enjoy the moment. My perspective has changed. Sunday is a release from the rat-packed clubs and faded, dreamlike memories. It became a day to appreciate our beautiful California weather. And what better way to appreciate the moment than when there are no plans?”

In summer 2011, they advanced to the Musicpalooza Battle of the Bands finals. They just revamped their website, and their new video for “Mexico” debuted online on Wednesday, August 8.

Here's a live clip of the band performing "Mexico" recently at Winstons: 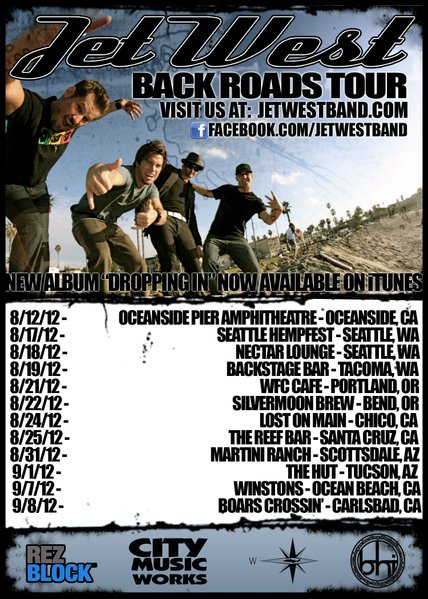