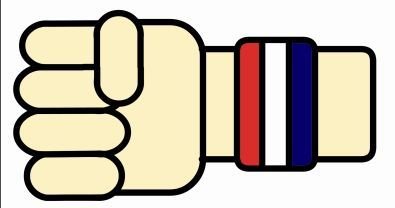 Pump Your Ristband: May 20 Record Release at Pal Joey’s

“The cover art features Adelaide Marcus of Danyavaad & the Shimmy Sisters,” says guitarist Dave Gladish, “depicting a Hindu goddess, balancing four symbols from Hindu teaching — lotus, conch, skull, fire — representing what we all have to balance to get through life.” Balancing Act was recorded at Room 16 Studios. “We kept tradition with our first album by adding a cover and a guest vocalist. The cover tune is ‘Over Under Sideways Down’ by the Yardbirds. We love Jeff Beck! Though we took some liberties with the outtro jam section.”

Ristband was co-founded by Dave Gladish, formerly of Roxy Monoxide. Underpowered and Overdriven, their first album, was released in April 2010. Guests include Scott Proseus on guitar and Lou Fanucchi on accordion. The album was recorded at Room 16 in El Cajon, produced by Dave Gladish, engineered by Scott Stojak, and mastered at Baja Vista Studios in Oceanside.

GONNA BE A GREAT SHOW! MANY NEW TUNES...ELVIS COSTELLO, LITTLE FEAT, WANG CHUNG, THE MOTELS, RACONTUERS, FASTBALL AND OF COURSE TUNES FROM THE NEW ALBUM... GET IT HERE EARLY! http://cdbaby.com/cd/ristband2

See you at Pal Joey's on Friday the 20th of May. Can't wait to see all of you acting up!

Yayy I'm so excited for the new album!!! I can't wait for the release party, it's gonna be amazing :D Go Ristband!!

This is going to be "THE" CD release party of the year! Is it true there will be a petting zoo? Awesome!

I will be there fo' sho' Ristband is one of my faves, and Dave raves on that gitter thang. Wouldn't miss it for the world.

Can't-miss show by a can't-miss band! See Ristband NOW before their mega-watt stars blast off. I've seen the future, and that future is full of Ristband. Rock on!

Ristband. The saviors of Rock. The sultans of Roll. Dave has such a supple Rist even Pete Townshend is jealous. See them and feel the power!

These guys rock, the new disc rocks, not only are they great players but great guys too.....go to a show and see what real musicians sound and look like.......

This band brings it! Dave should a bigger rock star destroying hotel rooms on the road. But he's a good dude so he would probably clean up after. Rock on fellas!!