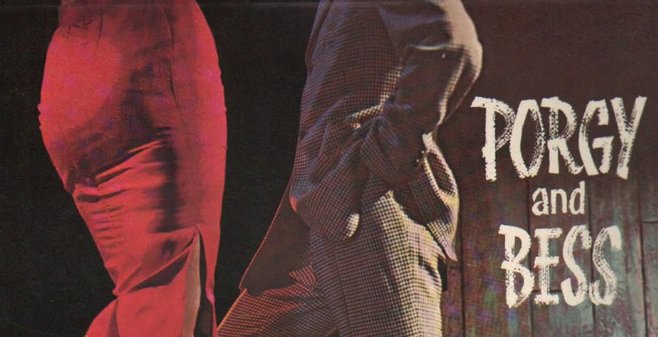 I've seen a couple different posts about a letter that Stephen Sondheim wrote to the New York Times.

Mr. Sondheim was responding to a new and updated production of Porgy and Bess. He seems to be saying, "Not while I'm around."

This new version features some impressive names including Phillip Boykin and Audra McDonald in the title roles and director Diane Paulus.

This isn't just an updated production, it is a re-write. Director Paulus and writer Suzan-Lori Parks have added biography to some of the characters and changed the ending to something more upbeat.

I'm not sure how this is going to go over with audiences. It might do quit well since it is intended as a commercial, money making, Broadway production.

Say what we may about artistic integrity, Broadway has become quit good at producing money makers.

"The article by Mr. Healy about the coming revival of “Porgy and Bess” is dismaying on many levels. To begin with, the title of the show is now “The Gershwins’ Porgy and Bess.” I assume that’s in case anyone was worried it was the Rodgers and Hart “Porgy and Bess” that was coming to town. But what happened to DuBose Heyward? Most of the lyrics (and all of the good ones) are his alone (“Summertime,” “My Man’s Gone Now”) or co-written with Ira Gershwin (“Bess, You Is My Woman Now”). If this billing is at the insistence of the Gershwin estate, they should be ashamed of themselves. If it’s the producers’ idea, it’s just dumb. More dismaying is the disdain that Diane Paulus, Audra McDonald and Suzan-Lori Parks feel toward the opera itself.

Ms. Paulus says that in the opera you don’t get to know the characters as people. Putting it kindly, that’s willful ignorance. These characters are as vivid as any ever created for the musical theater, as has been proved over and over in productions that may have cut some dialogue and musical passages but didn’t rewrite and distort them.

What Ms. Paulus wants, and has ordered, are back stories for the characters. For example she (or, rather, Ms. Parks) is supplying Porgy with dialogue that will explain how he became crippled. She fails to recognize that Porgy, Bess, Crown, Sportin’ Life and the rest are archetypes and intended to be larger than life and that filling in “realistic” details is likely to reduce them to line drawings. It makes you speculate about what would happen if she ever got her hands on “Tosca” and ‘Don Giovanni.” How would we get to know them? Ms. Paulus would probably want to add an aria or two to explain how Tosca got to be a star, and she would certainly want some additional material about Don Giovanni’s unhappy childhood to explain what made him such an unconscionable lecher.

Then there is Ms. Paulus’s condescension toward the audience. She says, “I’m sorry, but to ask an audience these days to invest three hours in a show requires your heroine be an understandable and fully rounded character.” I don’t know what she’s sorry about, but I’m glad she can speak for all of us restless theatergoers. If she doesn’t understand Bess and feels she has to “excavate” the show, she clearly thinks it’s a ruin, so why is she doing it? I’m sorry, but could the problem be her lack of understanding, not Heyward’s?

She is joined heartily in this sentiment by Ms. McDonald, who says that Bess is “often more of a plot device than a full-blooded character.” Often? Meaning sometimes she’s full-blooded and other times not? She’s always full-blooded when she’s acted full-bloodedly, as she was by, among others, Clamma Dale and Leontyne Price. Ms. McDonald goes on to say, “The opera has the makings of a great love story … that I think we’re bringing to life.” Wow, who’d have thought there was a love story hiding in “Porgy and Bess” that just needed a group of visionaries to bring it out?

Among the ways in which Ms. Parks defends the excavation work is this: “I wanted to flesh out the two main characters so that they are not cardboard cutout characters” and goes on to say, “I think that’s what George Gershwin wanted, and if he had lived longer he would have gone back to the story of ‘Porgy and Bess’ and made changes, including the ending.”

It’s reassuring that Ms. Parks has a direct pipeline to Gershwin and is just carrying out his work for him, and that she thinks he would have taken one of the most moving moments in musical theater history — Porgy’s demand, “Bring my goat!” — and thrown it out. Ms. Parks (or Ms. Paulus) has taken away Porgy’s goat cart in favor of a cane. So now he can demand, “Bring my cane!” Perhaps someone will bring him a straw hat too, so he can buck-and-wing his way to New York.

Or perhaps in order to have her happy ending, she’ll have Bess turn around when she gets as far as Philadelphia and return to Catfish Row in time for the finale, thus saving Porgy the trouble of his heroic journey to New York. It will kill “I’m on My Way,” but who cares?

Ms. McDonald immediately dismisses any possible criticism by labeling anyone who might have objections to what Ms. Paulus and her colleagues are doing as “Gershwin purists” — clearly a group, all of whom think alike, and we all know what a “purist” is, don’t we? An inflexible, academic reactionary fuddy-duddy who lacks the imagination to see beyond the author’s intentions, who doesn’t recognize all “the holes and issues” that Ms. Paulus and Ms. McDonald and Suzan-Lori Parks do. Never fear, though. They confidently claim that they know how to fix this dreadfully flawed work.

I can hear the outraged cries now about stifling creativity and discouraging directors who want to reinterpret plays and musicals in order to bring “fresh perspectives,” as they are wont to say, but there is a difference between reinterpretation and wholesale rewriting. Nor am I judging this production in advance, only the attitude of its creators toward the piece and the audience. Perhaps it will be wonderful. Certainly I can think of no better Porgy than Norm Lewis nor a better Bess than Audra McDonald, whose voice is one of the glories of the American theater. Perhaps Ms. Paulus and company will have earned their arrogance.

first off would u consider it a true American opera Garrett??

i saw the movie right after i got out of High School when i was living in San Francisco...there was a lot of fal-de-ral when it opened...even the San Francisco Opera crowd lauded it...even tho none of the actors except Pearl Bailey sang the principal parts

"Bess, You Is My Woman Now" Adele Addison sings for Dorothy Dandridge

"Oh, I Can't Sit Down" Pearl Bailey sings herself

a remarkable movie at the time

this is the BBC rendition and it is fabulous...u can see the whole opera with this one....the music and performances r sensational!!!

i agree with Sondheim...Leave Porgy and Bess alone : (

Yes, I think Porgy and Bess is a true American opera. Maybe the greatest we have.

thx for ur opinion Garrett ;-D