Redevelopment is dead in California.....IN NAME ONLY. The Governor approved just about all of the projects cities across the state submitted recently and despite promises of "deep-cuts" to the agencies for continued projects he cut almost nothing from the 5 billion dollar a year redevelopment budget. San Diego alone submitted 6 billion dollars in alleged project obligations. The 400 plus local agencies are busy reassembling and renaming themselves but the entitlements are as big as ever.

And developer-friendly members of the state assembly like our rep Toni Atkins are busy writing new bills that give developers even MORE tax money with even fewer restrictions.

The Assembly Local Government Committee recently passed a bill that would recreate redevelopment with avengence and this time there is no blight requirement. Using the new favorite developer buzzword "sustainability" cities and counties, separately or together, to create "Sustainable Communities Investment Authorities" with the same powers of the old redevelopment agencies.

Under Senate Bill 1156 they can issue bonds, divert some property taxes and acquire property – seizing it by eminent domain, but don't worry the project has to further the dense, transit-oriented, greenhouse gas-reducing development. I'm sure they won't be able to abuse this power. Right!

This is a dream for developers salivating over communities like Del Mar and Ocean Beach that have fought hard to maintain their local community character and have managed to reject attempts at high-density development. Now they have no say in how their communities are developed. After 50 years of grossly abusing the "blight" requirement in redevelopment we have just given them even LESS stringent requirements to grab land for private development. And who exactly determines these requirements? Another unelected committee that can easily be bought off using anonymous Delaware Llcs (the favorite tool of developers to legally bribe politicians or committee members)?

Senate President Pro Tem Darrell Steinberg claims the bill "sets forth a new vision of local economic development and housing policy for the 21st century, focused on building sustainable communities and creating the high-skill, high-wage jobs that are the key to our future prosperity."

"Job creation, 21st century, sustainable communities"--right out of the Building Industry's textbook for how to steal tax dollars for private development and take power away from citizens! 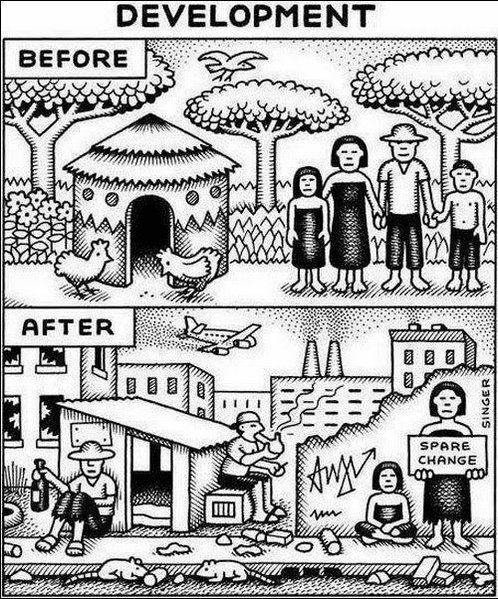